If overfishing continues, by 2050 there will be more marine debris, such as fishing nets and other fishing gear, than actual fish swimming around in our oceans. Non-profit organization Sea Shepherd wanted to raise awareness about this and enlisted the help of Illustration Design students from the ArtEZ Academy of Art & Design in Zwolle and the Design Academy Eindhoven to launch the unique Catch Of The Day 2050 campaign - showcasing fish and shellfish made from fishing nets found in the North Sea.

The students of ArtEZ University of the Arts and the Design Academy Eindhoven were instructed to recreate fish that are typical of Dutch waters, using marine waste. The students worked for over four months on the artworks, which serve as a tangible and alarming visual metaphor for the future.

Global overfishing and plastic pollution are a serious threat to our ocean and thus our planet. Many congresses are organised and reports are written about environmental issues, but with what result? The facts and statistics are clear, yet we continue to rationally ignore them. That is why we came up with a different approach, direct and in your face, a visual wake-up call. Art and creativity at the service of our ocean!

The kick-off of the campaign took place on April 7th in the centre of Amsterdam (Spui), where a traditional Dutch herring cart was set up. But instead of real fish, passers-by found herring, mackerel and shrimp made entirely from discarded fishing nets. With a QR code, passers-by could learn more about the project and the threat that overfishing poses to our oceans. The fish were also photographed by food photography expert Chuck Studios in the same way as real food.

Just as the fish struggle with the nets, it was also a struggle for us to make something beautiful and substantial out of the raw, dirty material. For me, this assignment was an awareness of the amount of dirt that is simply dumped into the ocean. It is great that we were able to give the material a second life thanks to this collaboration. 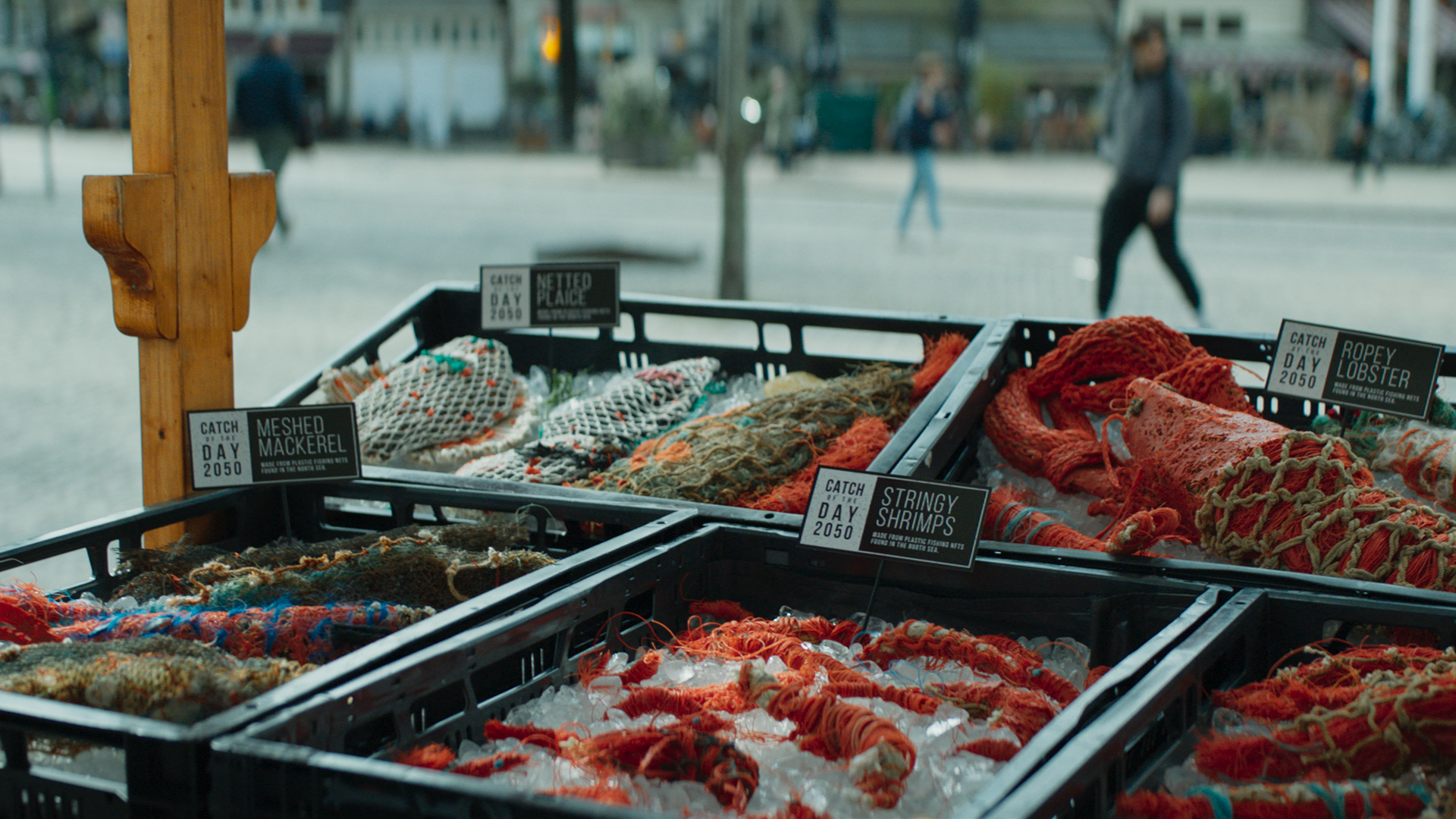