Since 2006, an independent jury commissioned by Ontwerp Platform Arnhem has selected graduates of ArtEZ Academy of Art & Design Arnhem during the finals. The chosen alumni present their work, experiences and future plans under the name Arnhemse Nieuwe. On Saturday 15 October, the Arnhemse Nieuwe could be held on location again after three years. Five of the seven selected alumni were able to present their work at Musis Sacrum.

Ontwerp Platform Arnhem organised this year's Arnhem New 2022 in collaboration with INNOVATE. Unfortunately, two of the seven alumni could not attend. But that certainly did not spoil the fun. Five ArtEZ alumni from different courses spoke about their design vision, working methods and plans for the future in a 20x20 format. One of them was unable to attend due to corona but still presented using a video. Who are these selected alumni? 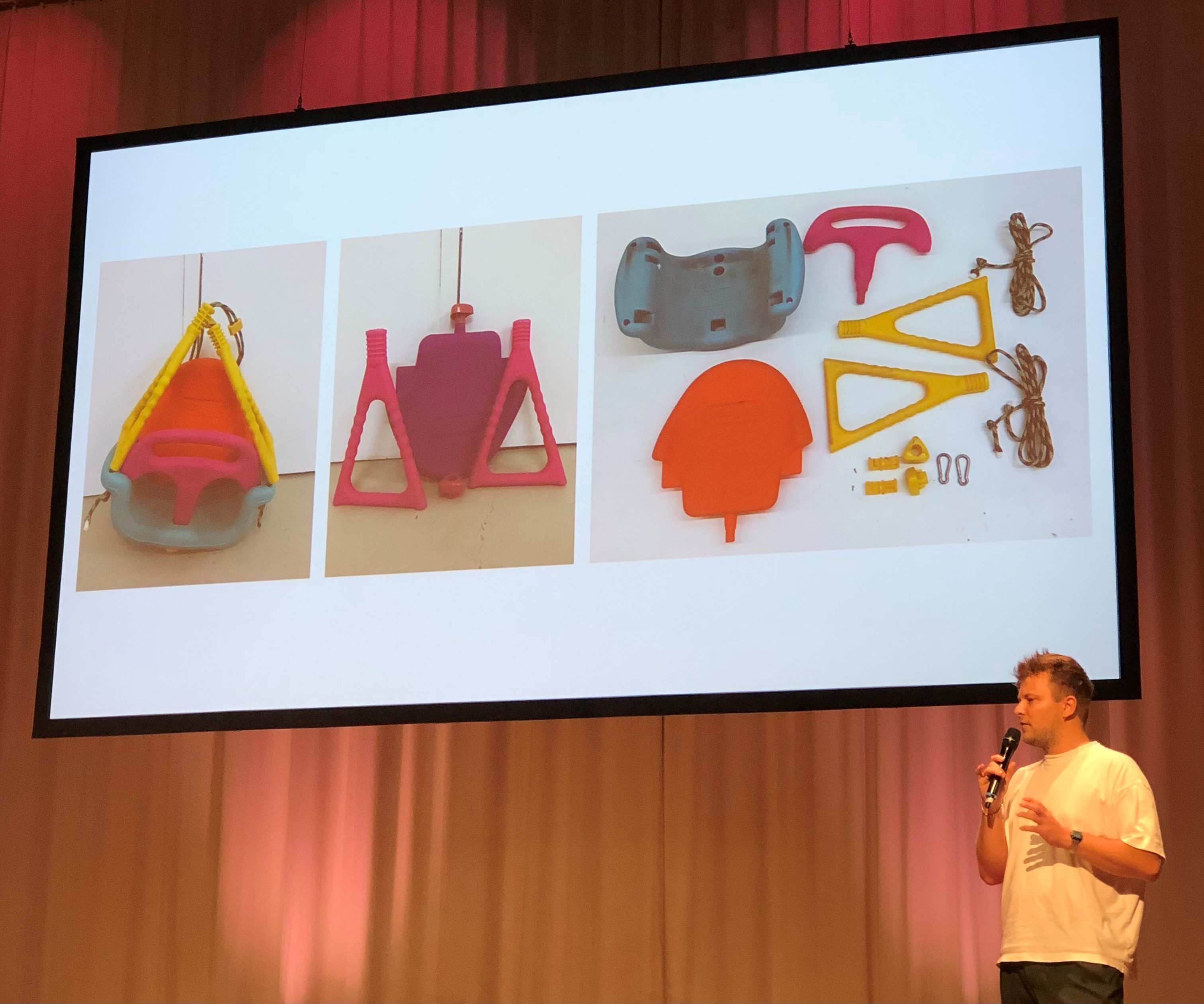 Robert Marsé graduated this year from the Product Design course with his collection of chairs made from old and free materials. Robert searched within ten kilometers around his house for old items he could use for the chairs. In the end, a collection consisting of fourteen chairs was created. The Product Design alumnus wants to introduce people to another definition of the new. 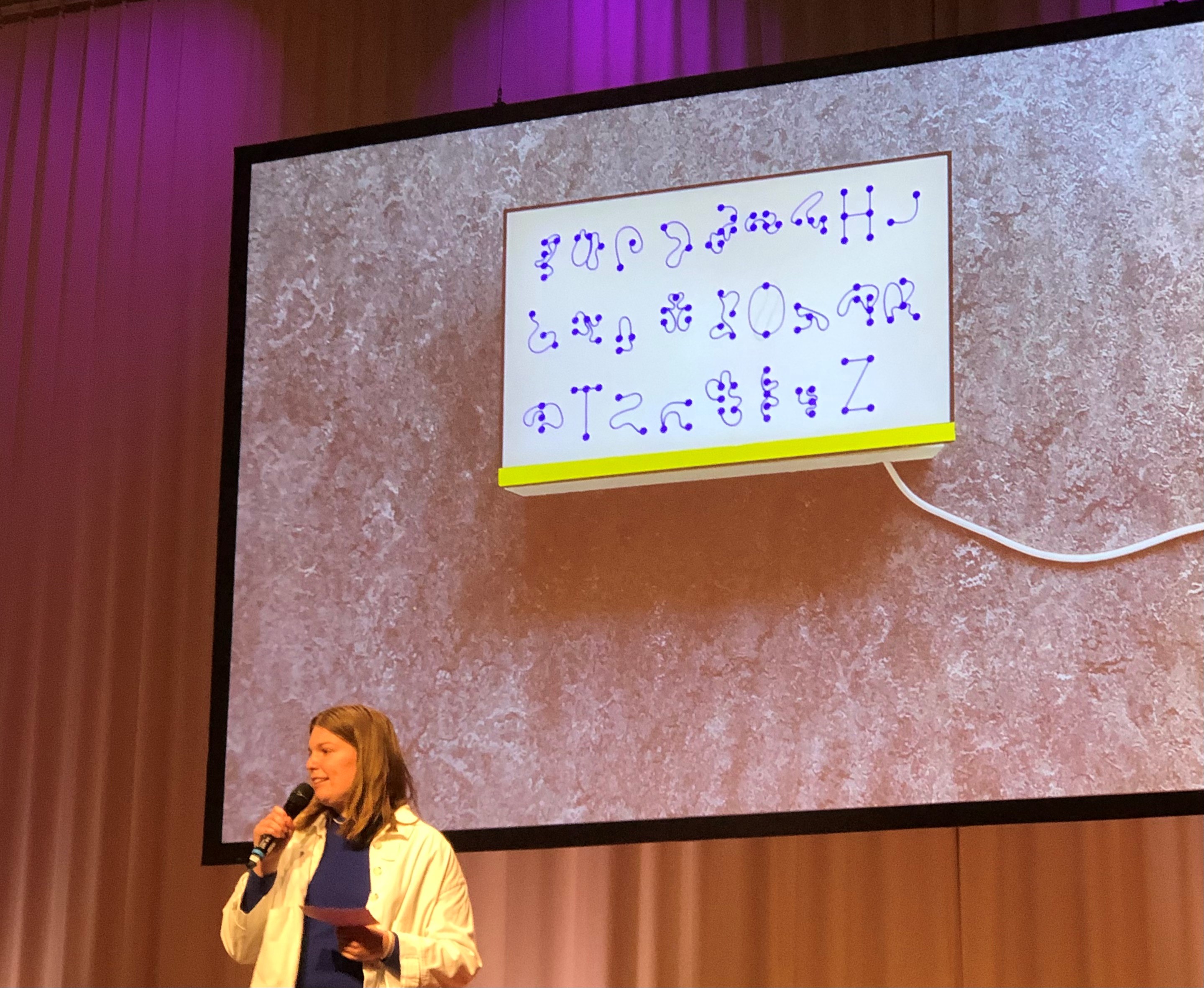 Michelle Schipper is an alumna of the Graphic Design course since this year and has been creating new letterforms during her studies. She has used mathematical Graph Theory in her graduation work called A Network of Dots and Lines. As the title explains, she created letterforms composed of dots and lines. Her five different typefaces can also be used interchangeably. 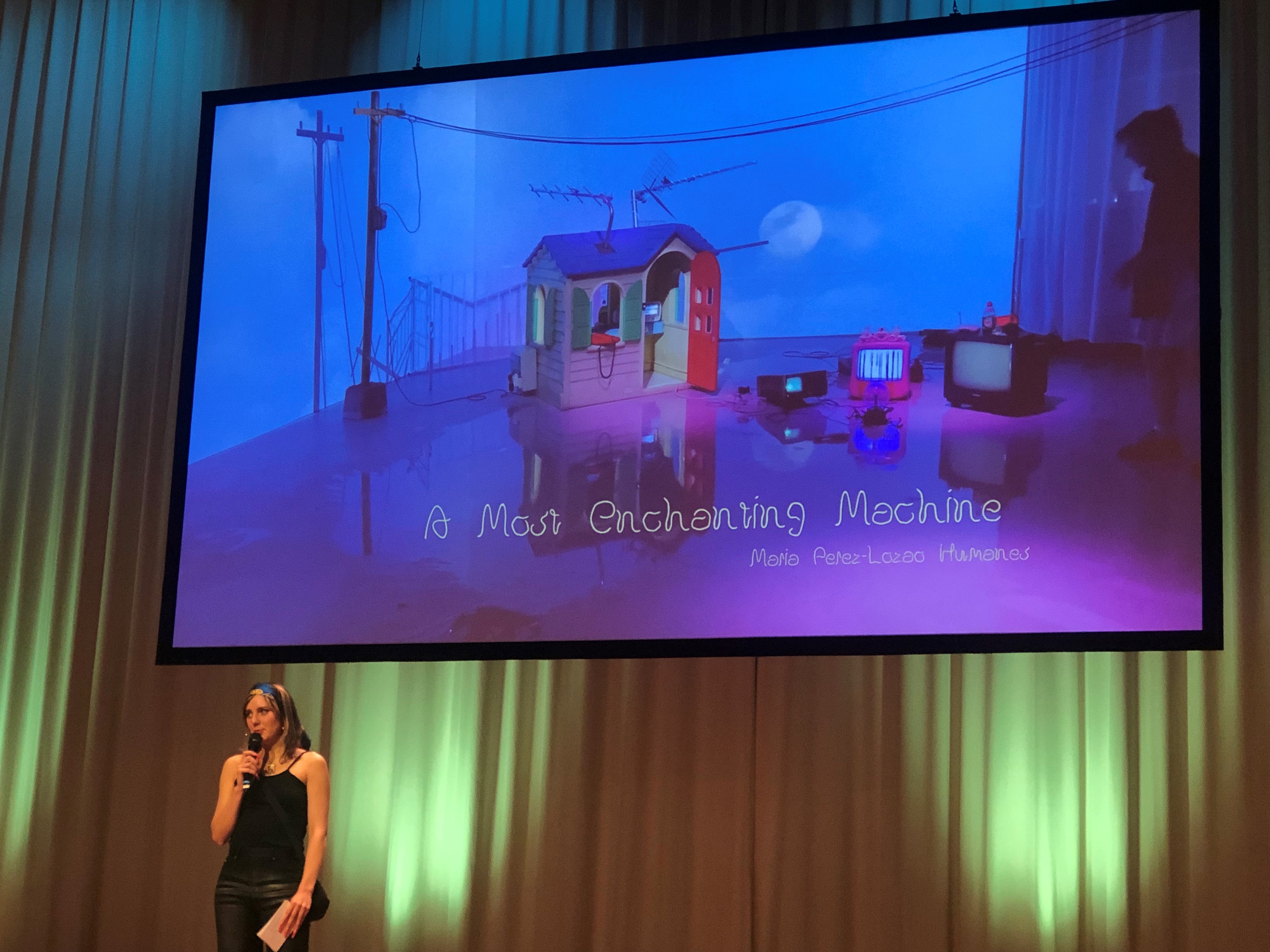 María Pérez-Lozao Humanes, alumna of the Design Art Technology course, worked with multiple devices for her graduation work. She connected all these devices through courds. Maria also used specific scents from a lab. All this is connected with technology. Maria: "My work is some sort of film set, but the way I'm presenting it in the exhibition is as a sort of performance. The viewer is also part of it by being there." On stage, for instance, she joyfully told that she became very happy when two people got nosebleeds while watching her finals work. 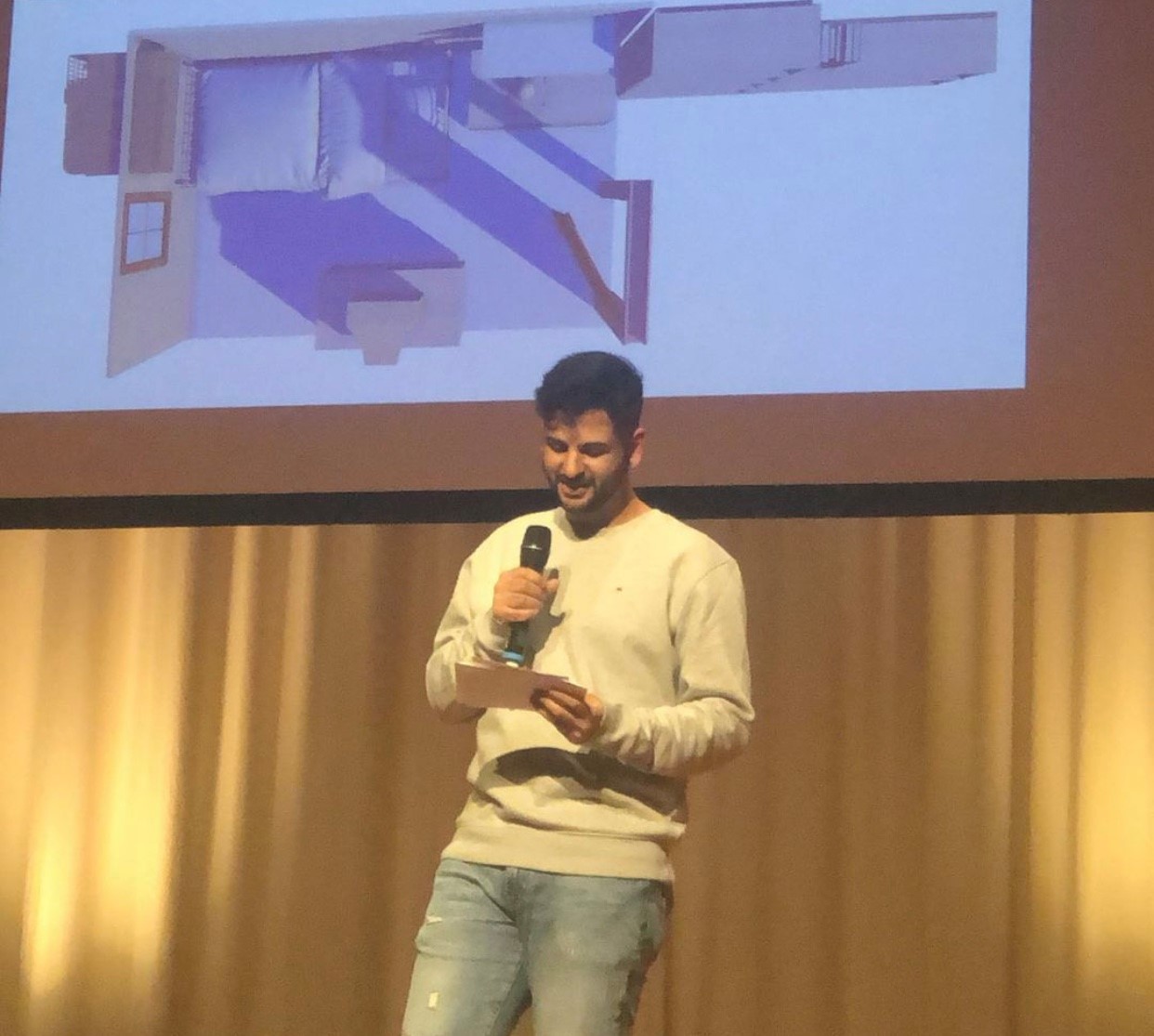 Tofe Al-Obaidi graduated from the Graphic Design programme this year. In his finals work, he tries to find out to what extent today's technology can be used to reconstruct a person's memories. He used animation and 3D rendering to recreate his childhood home in Iraq. The house no longer exists, but through his work it still exists in memory. Tofe: "I have been through traumatic stuff in the past and to process that, I wanted to re archive that part of my memory." 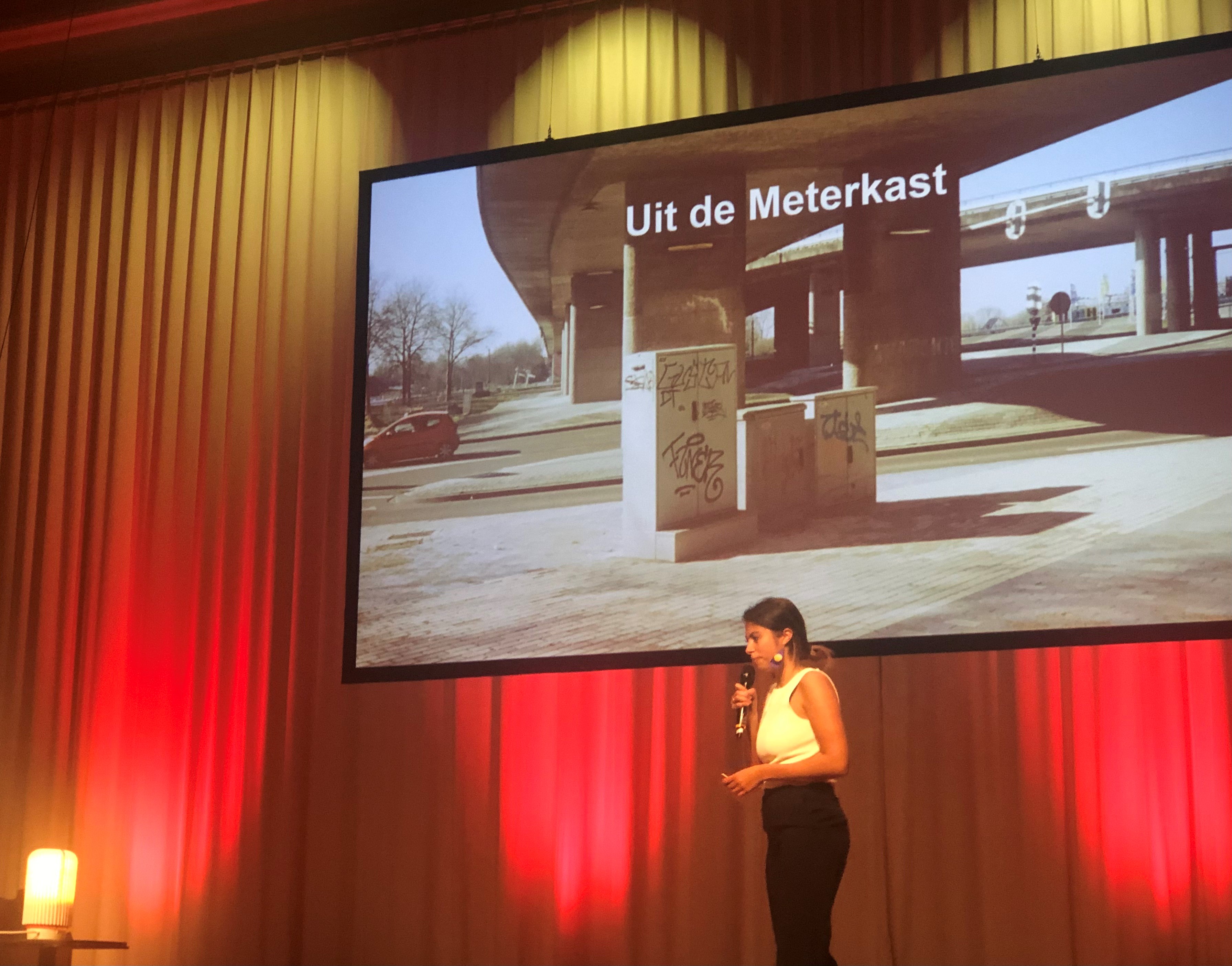 Rosalie Apituley is an alumna of the Product Design course. Her graduation work started with the question of why polar bears will notice it when Rosalie doesn't turn off her light. After all, she had heard this as a child and it stuck with her. She started researching and several products emerged from this. For instance, Rosalie has made an electricity box that visually shows how much electricity is consumed, instead of the grey and boring boxes people are used to see on the pavement. Rosalie: "With this, I try to illustrate that you can also be designing in a different way."

Aafje Bep van Grieken was unfortunately unable to attend due to corona. However, she did send in a video explaining her graduation work. The alumna of Design Art Technology has always been fascinated by nature, so it makes sense that she used nature for her graduation work called LOCALHOST. She created a local community and used mushrooms and computers for this. This is how Aafje Bep shows that hidden networks exist.

Leila Gordon, alumna Fashion Design, was also sadly unable to attend. Watch her graduation video of her collection called AMONG THE RIVER SHALLOWS.

It was a successful evening where the alumni told the work field what they have been working on, what their work means to them and what their future plans look like.

Watch the aftermovie made by Ontwerp Platform Arnhem of the evening here: