At the intersection of Design, Art and Technology 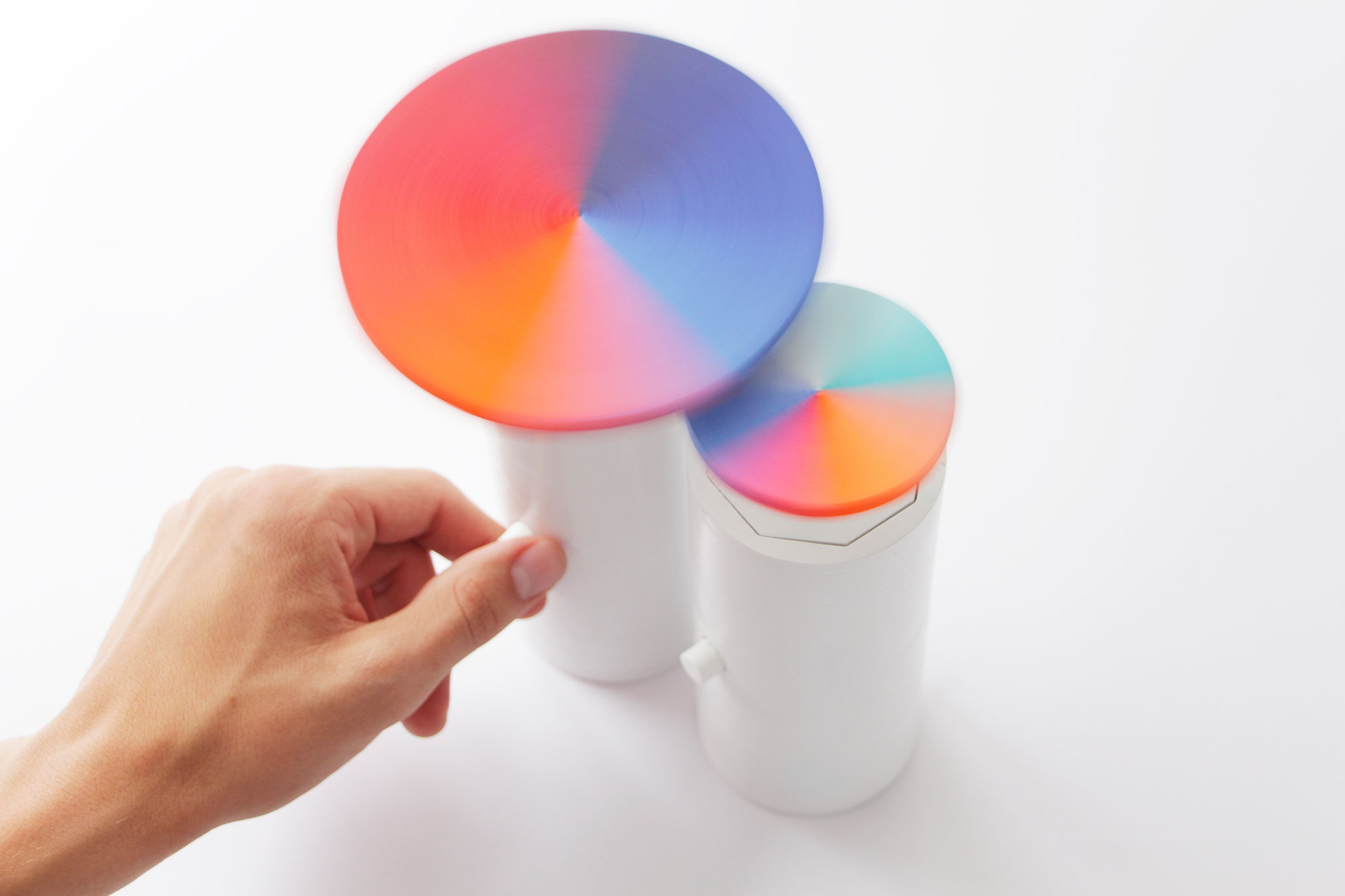 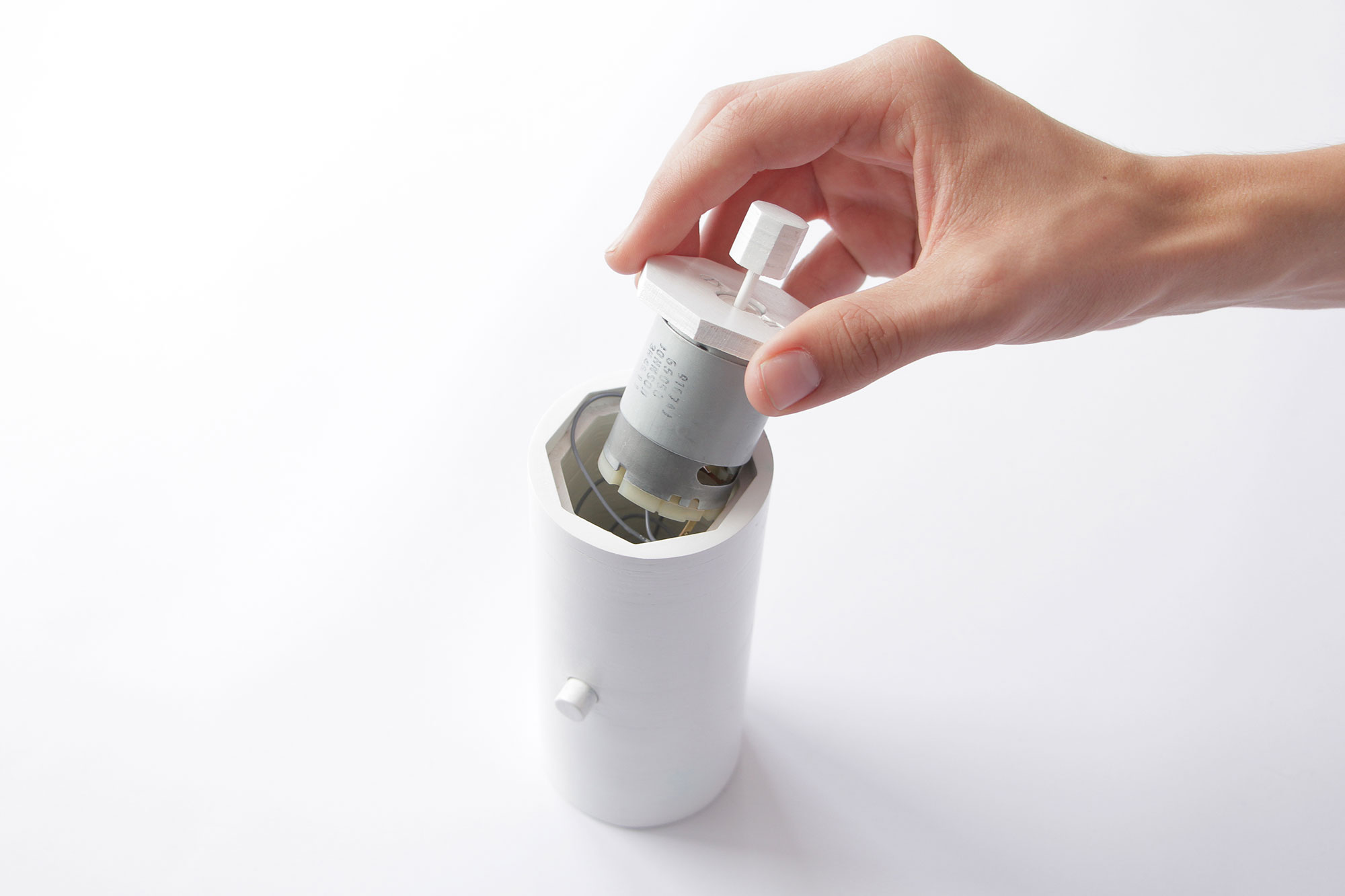 Although video footage seems identical to how we perceive the world with our eyes, there is a big difference between human and technological perception. As human beings we need only 13 milliseconds to perceive an image. Cameras, on the other hand, record with a frame rate of 25 frames per second. Optic Deception is a project that shows the differences in perception between our eyes and the camera. Michelle van Ool designed a series of colour wheels that are driven by motors spinning at a speed of 75 rotations per second. At this specific speed, our naked eyes are not able to perceive any of the colours. The colours appear only when the wheels are viewed through a camera. 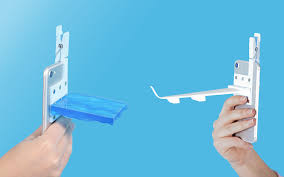 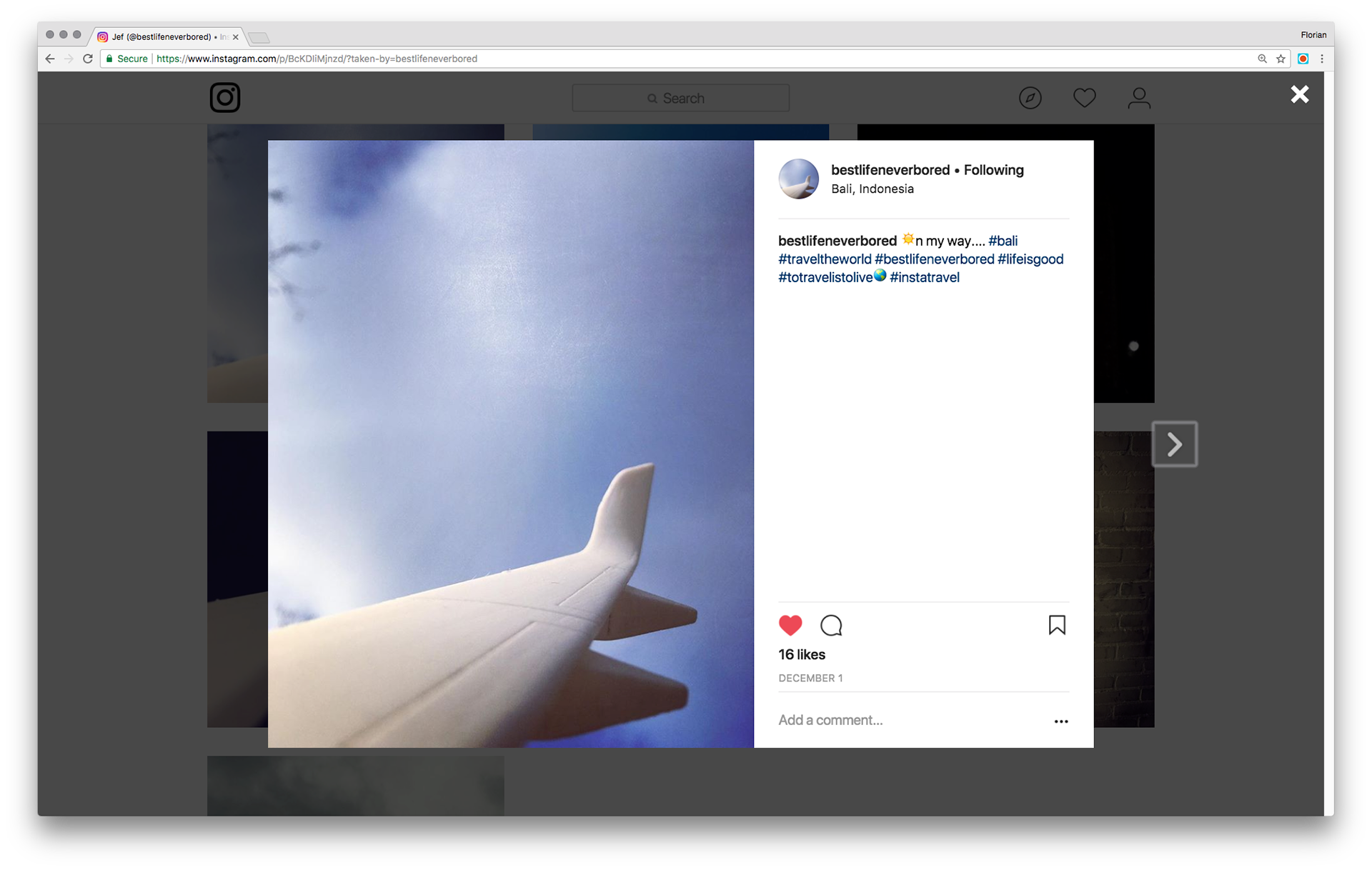 Social media urge us to constantly share how fantastic our lives are. Sharing stereotypical travel images of far-away places has become an essential part of this. PHONY Toolkit is a smart phone clip-on that comes with an infinity pool and an airplane wing. With this toolkit Florian van Zandwijk allows you to escape the travel pressure and fake perfect travel pictures without ever having to leave your home.

0°N 0°E is a video installation that visualises the cyber-myth of the Null island: a fictional island imagined floating at the intersection of the prime meridian and the equator, at the 0°, 0° coordinates. Deborah Mora noticed that the null value is also attributed to images, files and recordings that are uploaded online without a specific geo-position. By downloading and combining photographs, satellite pictures, 3D models and sound recordings with the 0,0 location, 0°N 0°E becomes an archive where all the lost objects come together in the form of a fictional island. Deborah created an immersive exploration of the visual and sonic landscape of this island, which evokes an otherworldly atmosphere where the natural and organic meet the electronic and artificial. In doing so, 0°N 0°E offers an experience of nature that exists in – and can only be accessed through – digital mediation. 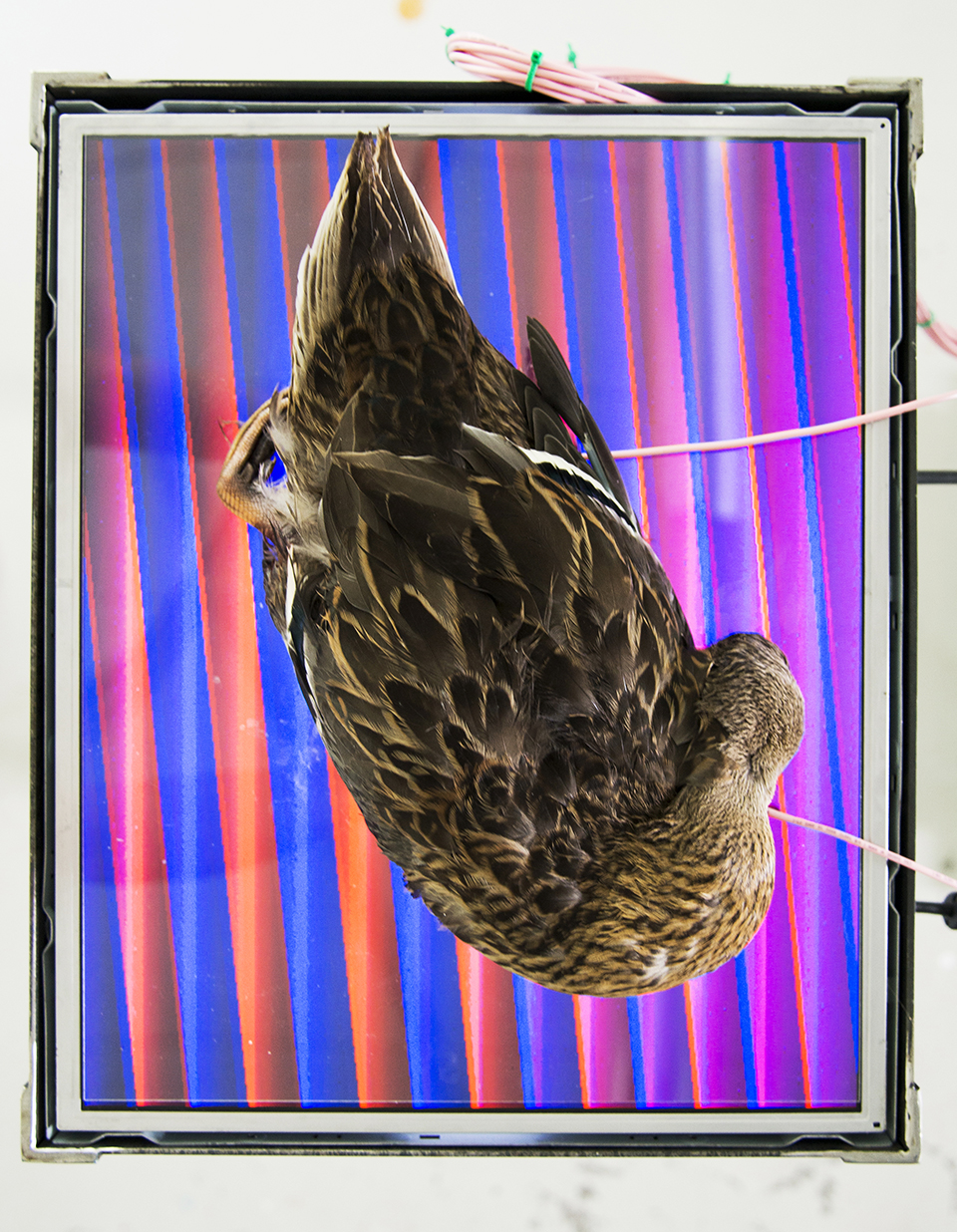 Artificial Afterlife by Amy Whittle is an installation that visualises the energy stored in the fluids of the dead. By connecting a dead animal (donated by a local animal rescue centre) to an electric circuit, Amy was able to transform the animal’s remaining energy into red and blue visuals on the screen. Inspired by the famous novel Frankenstein and scientific experiments from the 18th century (such as Luigi Galvani who applied electric current to dissected frogs in order to animate their limbs) as well as by contemporary ideas like brain-uploading and developments in AI, Artificial Afterlife examines the possibility of technological life after death. Amy: "As a non-believer I too desire a form of afterlife and as an interaction designer I believe these notions can be implemented with the help of technology."

However, the installation is not a scientific project. Instead, it is an artwork that explores how the seemingly opposing fields of technology and spirituality can be connected, inviting us to reflect on the mystification of technology.

This work was selected by Creative Applications as Highlight and Favourite (2016) and won the Hendrik Valk Award (2017). 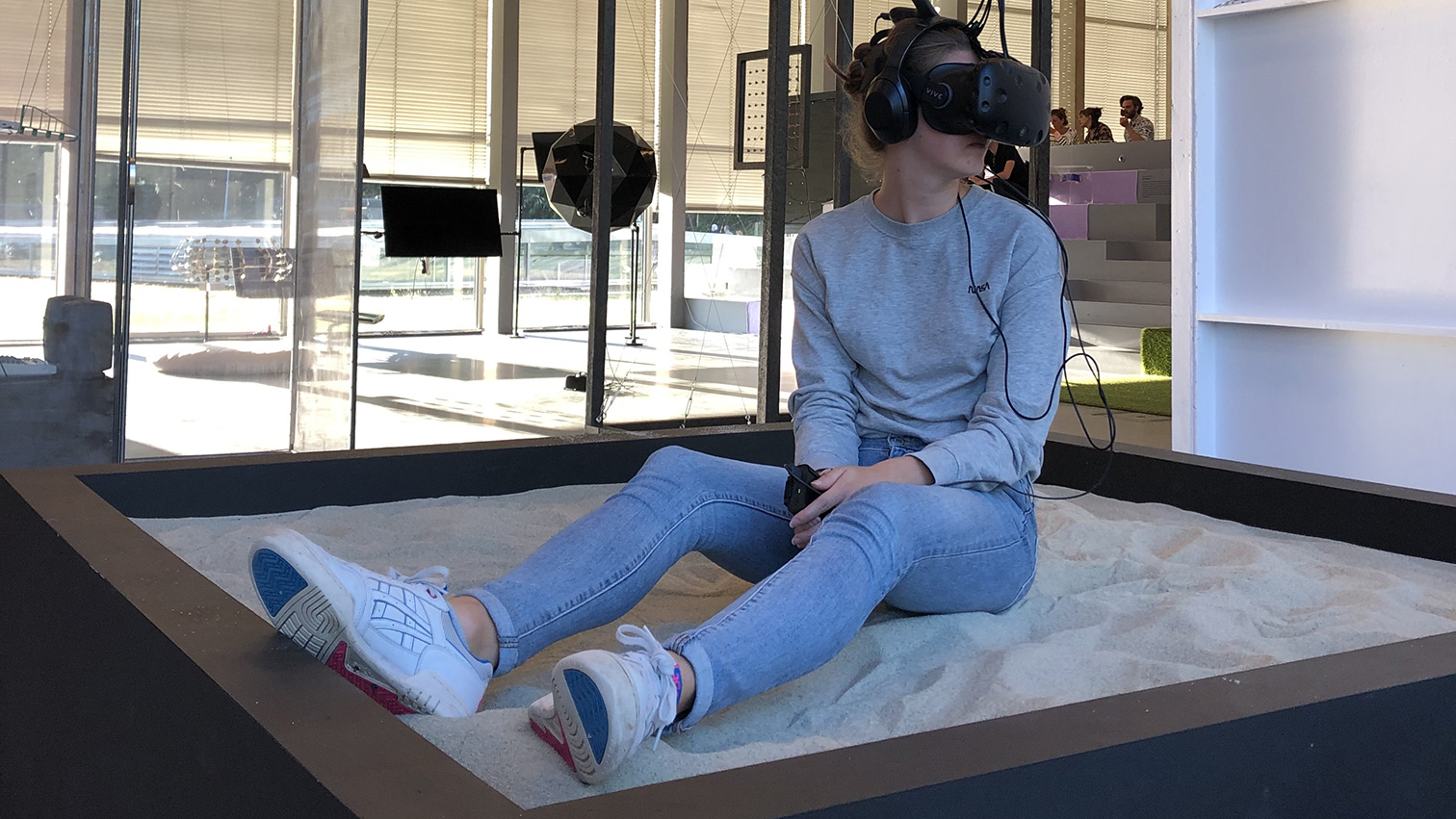 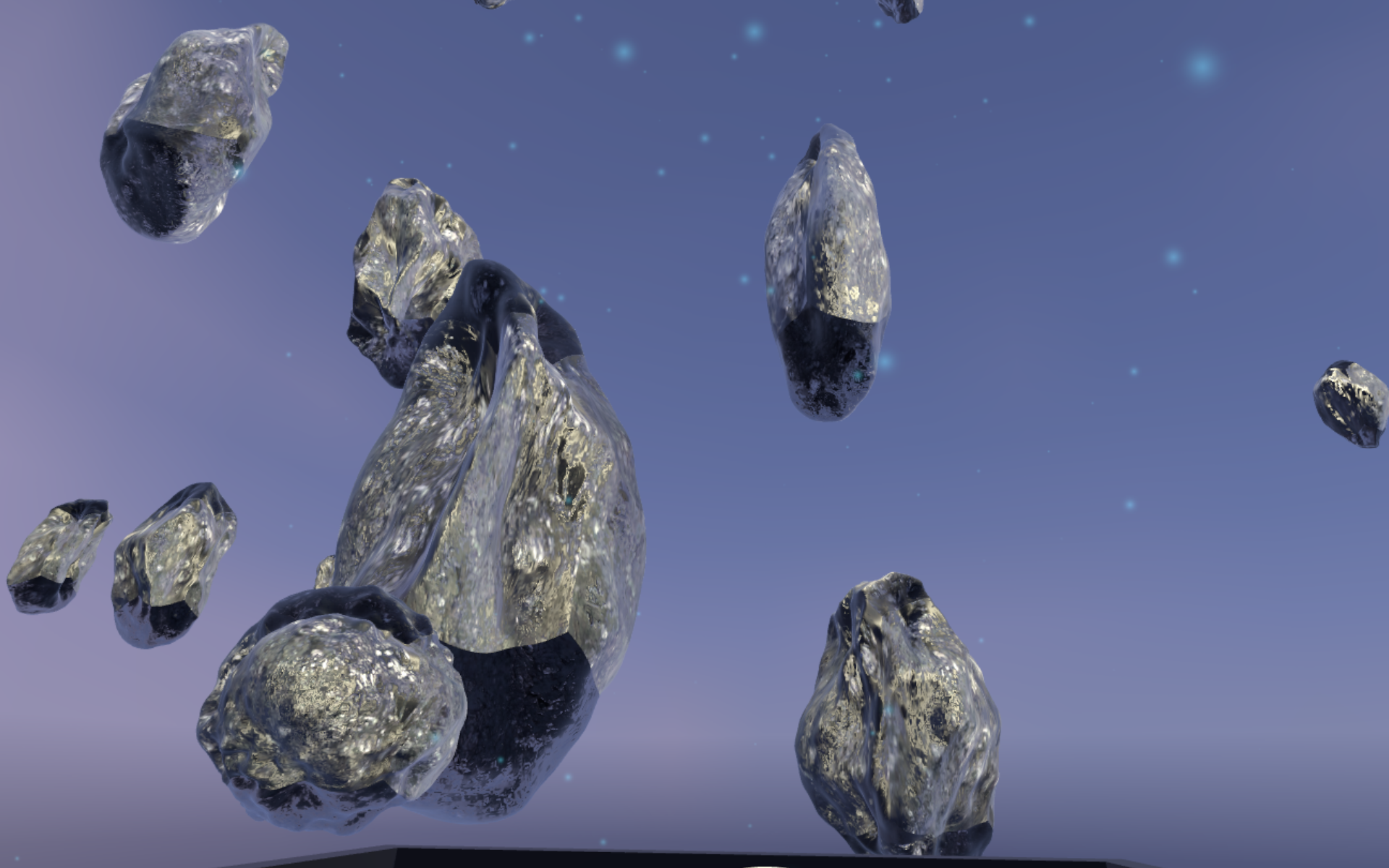 For the Dutch technology company NXP, Eva van Boxtel designed a virtual reality installation that immerses the viewer into the world of computer chip manufacturing. The viewer sits down on a platform filled with soft quartz sand – the base material of silicon and computer chips – puts on a VR headset and experiences the wondrous world of chip manufacturing. Manufacturing Chips consists of a series of mesmerising 3D-animated worlds that show important steps in the production process (like slicing and engraving silicon) and highlights the aesthetic quality of the materials, shapes and techniques that are used. By slowing down and magnifying the high-speed microscopic process of manufacturing chips, Eva draws attention to the hidden beauty of our technological world.

This work was featured at GOGBOT festival (2019) and received a Youngblood Award.

Lung is a device that visualises breathing data using soap bubbles. Designers Willem Kempers and Amy Whittle wanted to understand their own breathing patterns better, because breathing patterns have an influence on our stress and anxiety levels. Their idea was that if you are able to control your breathing, this could have a great effect on your health. To achieve a better understanding of their breathing patterns, Willem and Amy first placed temperature sensors in their noses while doing different activities to record their respiration rates. As the designers believe that some data is better understood through experience than infographics, they built Lung. The device consists of two rings that open and close in sync with the breathing rhythms they recorded. On each exhalation, Lung blows a soap bubble, turning something that normally goes unnoticed into a beautiful experience.

This work was featured on CreativeApplications.net and FastCompany.com.

About the Design Art Technology course

Would you like to know more about the course?