And now what? Cedric Siegers demonstrates essential flexibility and resilience as an entrepreneur

Who's prepared for a pandemic? The graduating class of 2020 were thrown into a totally different field of work than the one they had prepared for. How do these alumni deal with the impact of the novel coronavirus on their creative-professional practice? Lars Meijer and Tim Bongaerts, who graduated in the year of COVID, will be exploring, ways to succeed as a creative entrepreneur in this new world, in collaboration with the ArtEZ Business Centre. By talking to resourceful ArtEZ alumni, they'll be trying to find out what it takes to be an entrepreneurial artist today. What lessons did they have to learn for themselves?

This week, Tim and Lars spoke to musician Cedric Siegers, who felt surprised, but never overwhelmed by the pandemic. "I was just outside school smoking a cigarette when the measures were announced. Half an hour later, the phone calls started. I had to scratch 13 performances from my calendar straight away." During our research on creative entrepreneurship during the pandemic, we stumbled upon guitarist Cedric Siegers, who graduated from the Jazz & Pop program at ArtEZ Zwolle. He caught our eye with his charity song Brighter Day, which appeared on YouTube a mere two weeks after the start of the lockdown.

The press conference of Tuesday March 10 last year had major consequences for all our lives. For artists, the decision to cancel all cultural events was probably even more impactful than the closing of schools. Suddenly, opportunities to generate income seemed to have completely disappeared. "We were reading about the shortages at the food banks, and we wanted to do something to help. Our wallets and calendars were empty, but that wasn't going to stop us from lending other people a hand." Although we were primarily interested in the effectiveness of their campaign, our talk with Cedric ended up teaching us something about his flexibility and responsiveness. The story behind Brighter Day turned out not to be the main story of the interview, but rather an introduction to Cedric's innovative vision on entrepreneurship.

Being an entrepreneur, to me, means a constant battle against an empty calendar

"Being an entrepreneur, to me, means a constant battle against an empty calendar," Cedric said. "I didn't want to depend on DUO, so I always tried to perform as much as possible. This has taught me a great deal about the practical reality of being a musician." After a few years of experience, the musician from Zwolle had collected a lot of valuable insights about the usual pitfalls of the profession. "What kind of gear do you bring? What kind of compensation should you ask for a show? And most importantly, when do you say no? It may feel like a decadent luxury, but you need to take a commission seriously, as well as your own need to rest. Sometimes, refusing is the best way of doing that. For example, there are shows that are better suited to someone with more experience than me, and other shows are just not worth the stress."

It's all about seeing and being seen

Due to Cedric's eagerness to perform, he was already a part of Zwolle's active music scene before he started his academic career at ArtEZ. "There were people that I really wanted to get to know. So I joined all the jam sessions where they would be present. Networking isn't much more than just having a chat about something you're both passionate about." No matter how self-evident Cedric's advice may sound, his attitude displays a sharp understanding of the mechanisms of the music industry. "It's all about seeing and being seen."

Meeting the right people, hanging around and being approachable - are those the keys to a successful business? Well, it doesn't end there, because once you start to get commissions, there are other pitfalls that a beginning entrepreneur might confront. Rookie mistakes can cost you a lot of money: if you don't know how to value your work, it's easy to ask for too little. "At ArtEZ, we had some 'musiconomics', which mostly taught us how to make an invoice. But they never told us how much to charge on the invoice. That's something I had to find out for myself."

A musician is constantly looking for work. I'd like to have learned something about the downsides of the job

When we asked Cedric what else he'd liked to have learned in school, he had his answer ready. "I'd like to have gotten a reality check. A musician is constantly looking for work. I'd like to have learned something about the downsides of the job." Thanks to his experience, Cedric was able to create work for himself beyond the Netherlands, where the virus quickly took hold. "Tourism never really stops," he explained, "and it's essential to the economy in many countries. I got in touch with some open-air festivals that I knew were still happening and asked them if they needed performers. That way, I was still able to tour all summer." Of course, touring isn't an option for people in every artistic discipline, but Cedric's way of thinking does provide an interesting starting point for examining one's own practice: in what (commercial) sectors is money circulating, and how do I get my work in those places?

The Libanese-American author Nassim Nicholas Taleb popularized the concept of the 'black swan' in his book The Black Swan: The Impact of the Highly Improbable. A black swan represents an occurrence that nobody could have predicted. Due to their unpredictable character, these types of events have an enormous impact, because nobody is prepared for them. Cedric wasn't any more ready for a pandemic than the rest of us; nevertheless, his story shows that you can adopt attitudes and strategies to help you adapt to any change. Cedric emphasizes the importance of taking enough time to rest, so that you can observe difficult problems, such as the pandemic, with fresh eyes. "Because I know the kinds of gigs that work for me and I know where I want to go, I don't get stuck in networks that I don't feel at home in anymore. I think it'd be a good thing for anyone to keep their mindset fresh in this way." And how could ArtEZ play a role in preparing us for future black swans?

The next disaster could be that one week without work

In our talk with Cedric, his answers demonstrate a positive attitude, allowing him to overcome setbacks and think of creative new ways to find work. Cedric is well aware of his strengths and the networks he can tap into, and this way, he ensures he can compete in his industry. Innovative entrepreneurship may sound grand and revolutionary, but at its core, it's about dealing with setbacks. "How do I get work?" is often the question that creative entrepreneurs need to answer, and more often than not, the answer is following the work around. "You need to get the next job every time," Cedric says. "The next disaster could be that one week without work."

Maybe the next black swan isn't a pandemic, but just an empty calendar. Many alumni know that the life of an artist is no bed of roses; there are those moments we're forced to do work that has nothing to do with our artistic vision. But shouldn't this be a central lesson of our education? We see an opportunity for a new teaching method: one of healthy disillusionment. 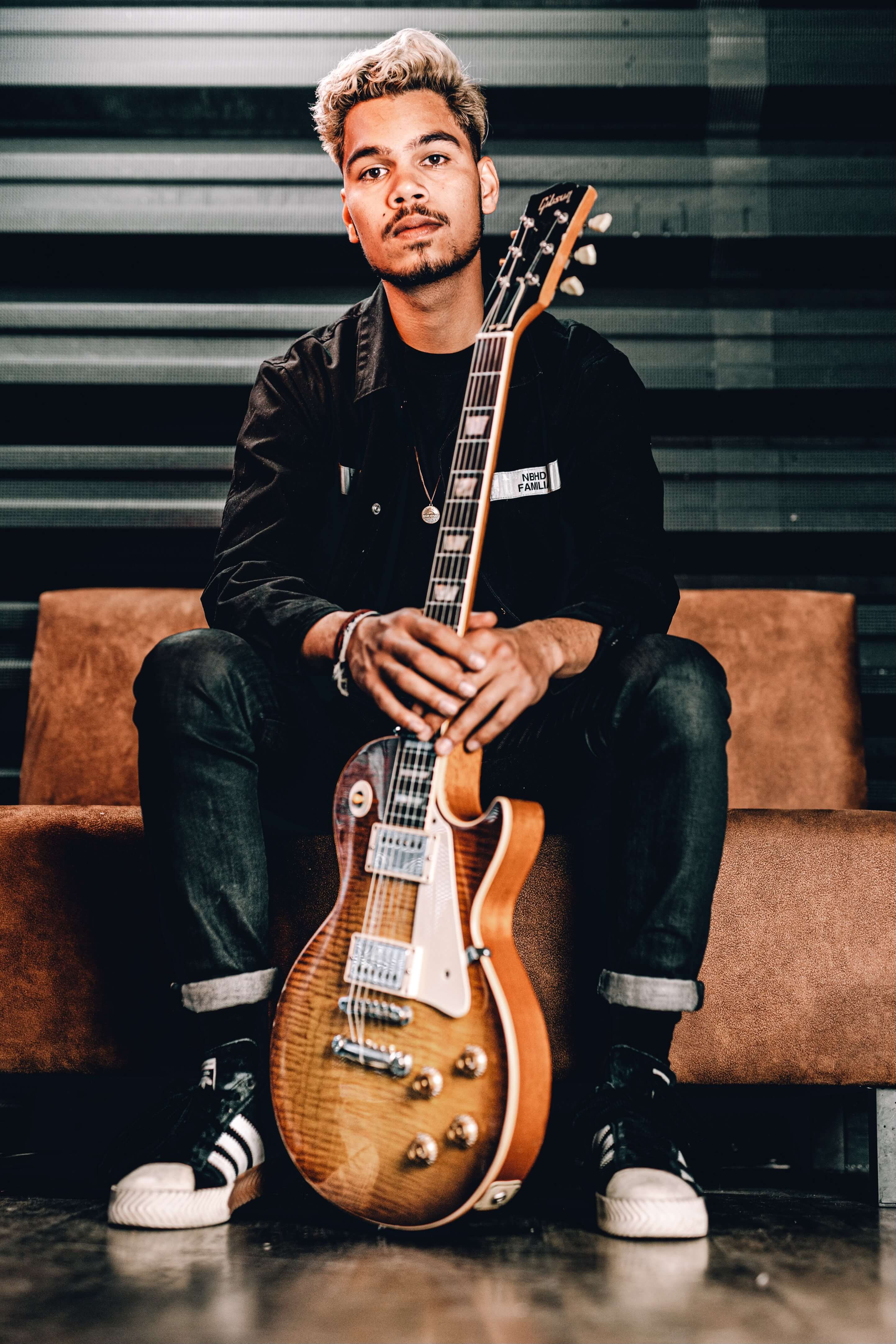