Every month, the ArtEZ Business Centre and the courses together select a student or alumnus as Entrepreneur of the Month. Their stories give you an idea of what to expect, based on current topics from the professional field. Is there a secret to cultural success? Do you have to excel in your art or is it about selling yourself? Is it a matter of luck, wisdom, hard work or a good strategy? In this blog, Melanie Maria, an alumna of the course BEAR Fine art, tells what entrepreneurship means to her.

I would love to share with you the secret recipe for a successful career, but I'm still figuring things out, too. I can't complain, by any means, but know: this is my story, and not a 'success story', and I'm not sure that such a thing even exists.
In 2019, I graduated from the Base for Experiment, Art & Research, also known as BEAR. BEAR is the Fine Art programme at ArtEZ Arnhem. This is where you go to develop yourself as an artist and to prepare for the Big Art World. This is where you "become" an Autonomous Visual Artist. If all goes well, after graduating, you'll be able to find your way independently in the Big Art World and survive within it. BEAR is responsive to the now, the present of the contemporary art world, and the artists that work within it.

During my time at ArtEZ, I trained as a performing artist, or rather, that is how I pigeonholed myself when I graduated. Ticked the box: "performing artist". Now, three years later, I just call myself Artist, full stop. Because however big a box might be, you're still trapped in a box.

I graduated with the work Never learnt to share (2019). A nine-hour performance repeated every day of the Finals 2019. There were 1500 carnations on the floor, which eight performers distributed to passersby and visitors. The work was about community, about the nonexistence of the individual. About the comfort and security that we all crave and the desire for consciousness that we all fundamentally 'share'. The performers lay on top of each other, sought out solitude, carried each other around, embraced each other, buried themselves in flowers and handed them out on the street.

The work and I were awarded the second prize of the VKC Award, I got on the shortlist of Galerie Ron Mandos' Best of Graduates 2019, and the work was listed in several articles. After my graduation work, I was asked to present work at several expositions across the Netherlands. 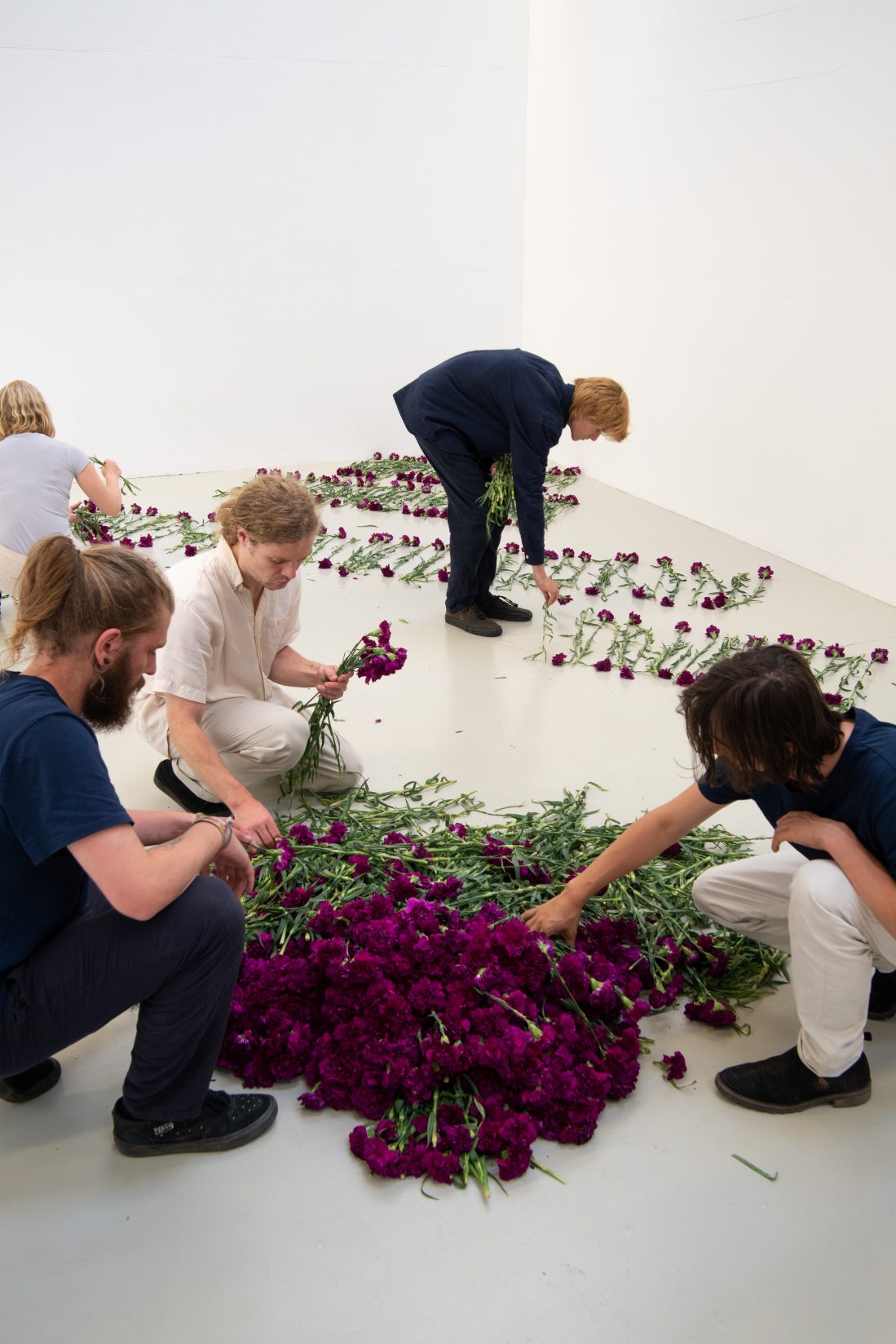 Successful? I guess. Lucky? Definitely not.

You can see opportunities as the product of good luck, or however you want to call that. Of course, you can catch a lucky break, but I also believe that we ourselves create most of our opportunities. And that we always have a chance to take them. "Here, an opportunity: will you say YES or NO?"

Entrepreneurship, in my opinion, is about both things: creating and taking opportunities. How? Let me explain.

While I was studying at ArtEZ, I've always spent time thinking about the 'Academy Afterlife'. I laid the foundation for my future career as an Autonomous Visual Artist, i.e. an entrepreneur, by actively contributing to things at ArtEZ, getting to know people, building relationships both inside and outside the academy. A fancy and oft-used word for it is 'networking'. But many people think networking means visiting openings and talking to everyone and handing out your business card. I believe it's much more about making yourself visible by being assertive.

Assertiveness means doing things for yourself, but it also means doing things for others. We can be so focused on ourselves sometimes, when in reality, opportunities and knowledge reside with other people. It's absurd how much is within reach at an art school and the world around it. It's there for the taking. It's a matter of opening yourself up to it and getting involved.

You. Simply. Don't. Know.
That brings me to my next point of the active-networking-attitude and opportunities, which is: gratitude. Be grateful for the opportunities that you worked hard for, and be grateful for the opportunities that (appear to) come out of nowhere. For example: until recently, I said YES to everything that came on my path. And sometimes it was a disaster. A few months after my graduation, I was invited to perform at an art walk in Breda and I had created a new work called dertien oktober [October 13]. We rehearsed a few times and after our final rehearsal, my performers began. It was a two-hour performance in public space. But this public space was apparently impossible to find. 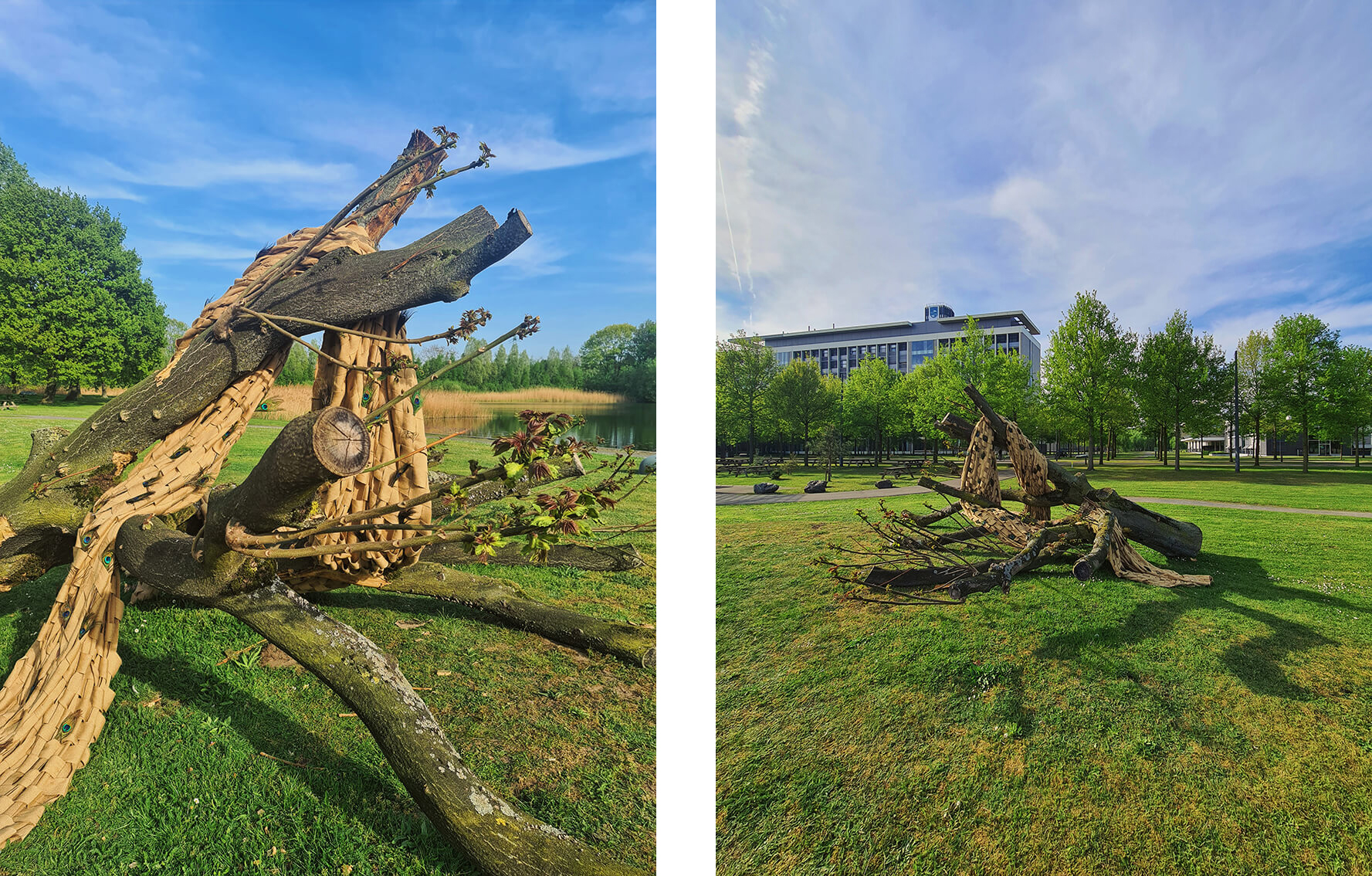 For two full hours, I was the only person watching my own work being performed. Even at the end, the organisation didn't stop by to watch for a moment or to ask how things went. We took the train home and I was able to invoice a whopping €50, including VAT and travel costs.

No, I couldn't call it a success, but I did create new work, I had something to put on my CV and learned something important about money. I learned that, even if I wanted to take all opportunities, I should take myself more seriously as a professional. I thought it was an embarrassment, first of all, that I had to ask for a fee at all; but all right, that's what I did, and after sending a very unambiguous e-mail, I was also able to declare the travel expenses of my performers. And to this day, I have continued to take myself seriously as a professional. It's not even two years later now, and I recently got to invoice €20,000 for a project for the Gemeente Arnhem and I arrived in a different phase of my career. One where I will say NO a little more often, to projects that don't suit me, projects that don't pay (enough), or projects I simply don't have time for. But I consider everything, because that's also what being an entrepreneur means. 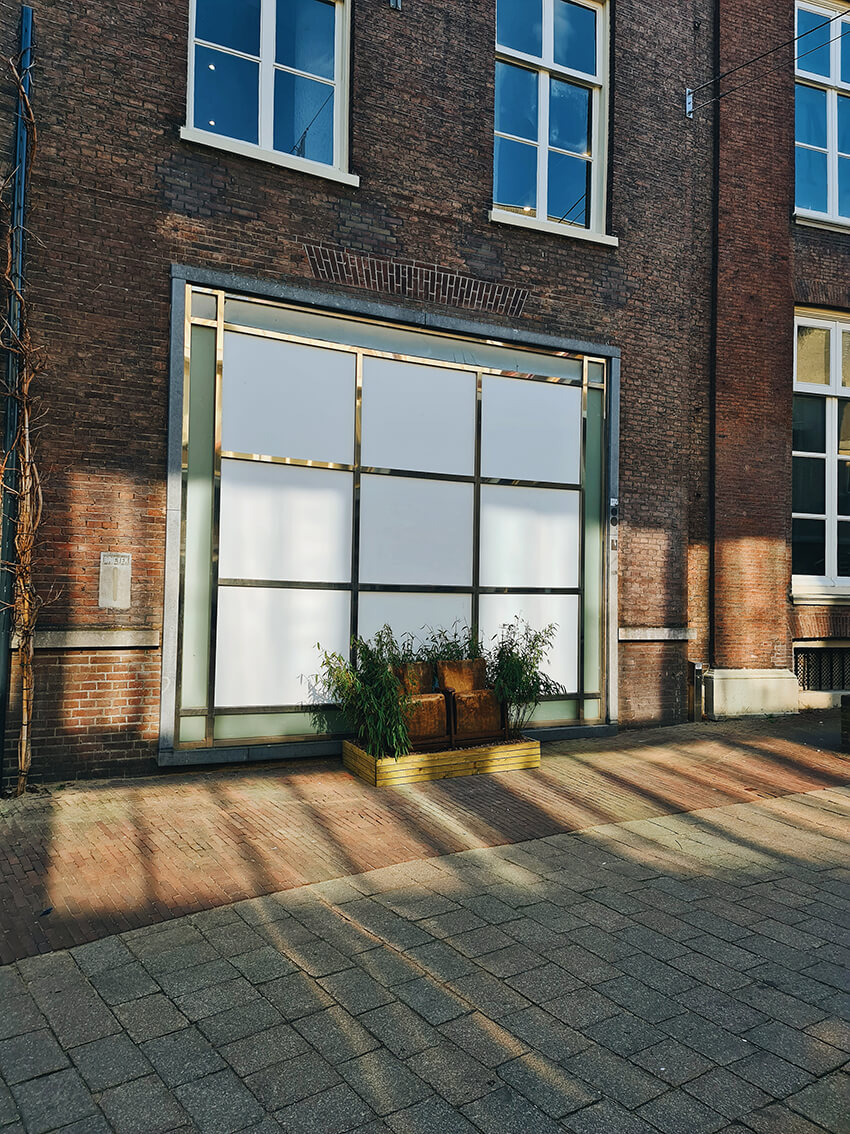 My professional growth aside, I began to realise that I was limiting myself with that title of 'performing artist'. Don't get me wrong, choosing a medium can give solidity to your practice, and as an artist you'll tend to end up in a particular kind of environment, but maybe it's a bit outdated to define yourself like that. After all, you'll find more opportunities in the ocean than in a small creek. And I don't just mean practical opportunities like expositions and paid commissions, but also learning opportunities. Where are the other 'fish' that can teach you something? I think that continuous learning, in the moment and with the moment, is a huge part of entrepreneurship. The art world is a big place. For example, I'm learning a lot from my work for Rizoom. Rizoom is an (online) platform for young professional artists, and I'm making podcasts for them with my fellow graduate Derk Müller. In the process, we're meeting artists across the Netherlands, and each of them has their own inspiring and instructive stories.

In this story of mine, and the vision I've shared with you, there are also doubts and insecurities. It's a journey, but if you don't embark on it, you won't find anything. Any opportunity can cause the ball to keep rolling in some direction or other. Whether it's money, experience, or moments of learning. 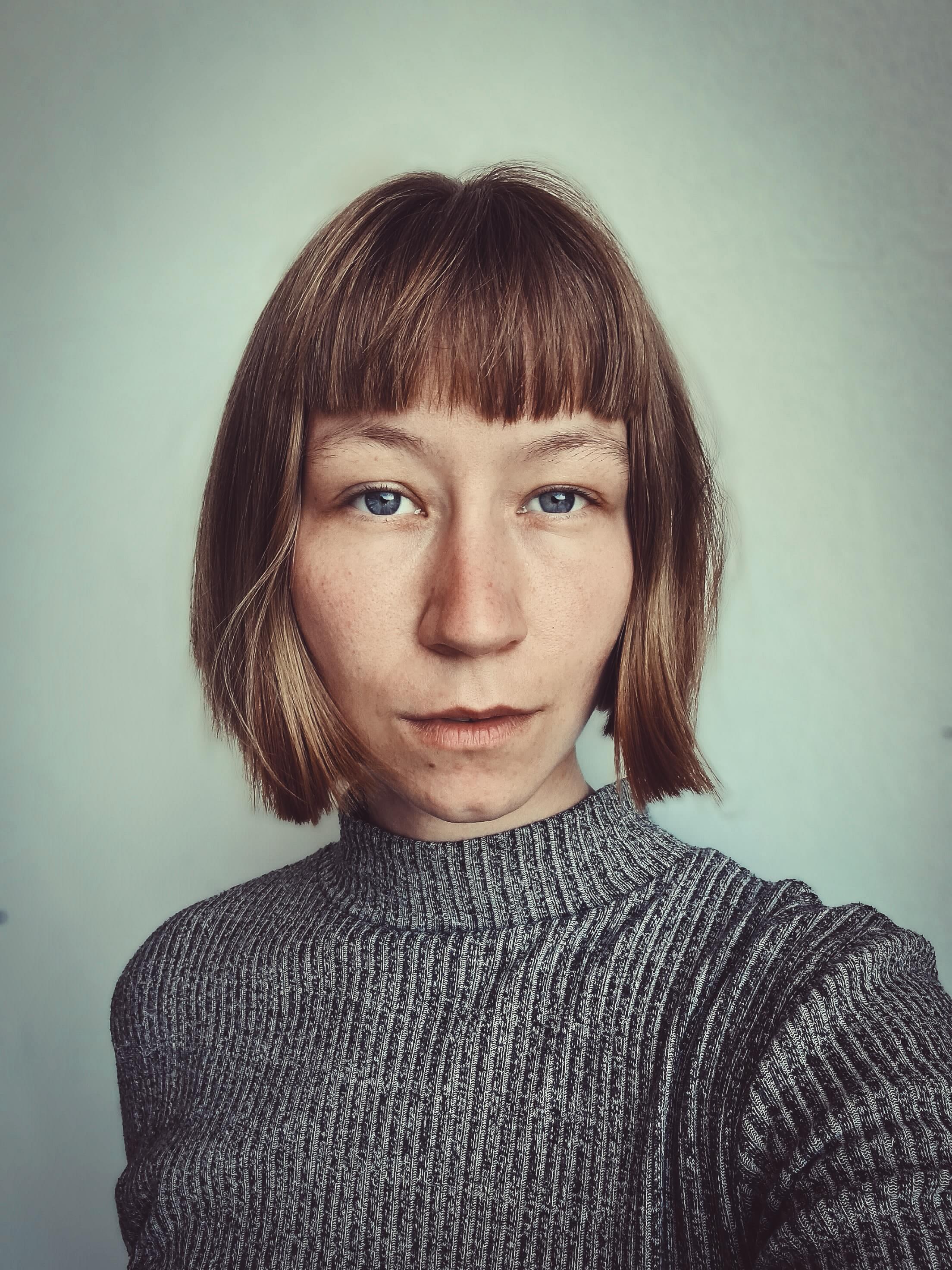 Finals Jazz & Pop: "You won’t get me down anymore"

How are things now with Michael de Geus?