Queer Planet is a banging performance set in an otherworldly, cheerfully colored landscape, in which fourth-year School of Acting student Fabiënne Rutten plays as part of her internship at Het Nationale Theater (HNT) in The Hague. "You’ll see a lot of celebration and humor in the performance. There is space for the celebration of queerness and being able to be who you want to be, rather than it just being about severe suffering”, says Fabiënne. Refreshing!

Fabiënne auditioned at HNT in June and was accepted for an internship through December. At the beginning of her internship, the performance had yet to be created, so she immediately became part of the creation process. The start was especially exciting, but Fabiënne is grateful that she rose to the challenge: "I almost didn't dare participate at first, because I thought 'I'm not queer enough and I haven't had a difficult ordeal or coming-out (which, by the way, I think is an unnecessary term) in my bisexuality.' But I'm so glad I auditioned.”

What does queer mean to Fabiënne?

While making Queer Planet, the word queer took on a different meaning for Fabiënne: "There are no rules. You don't have to behave a certain way to be queer. And you don't have to suffer to be queer. You can use the word as a cloak to belong to a certain place, but people come in different colors and shapes and that's what makes it fun to be together. That compassion is important."

Queer Planet is a performance in which many people collaborate, from actors to educators. All these people joined forces to create a powerful performance that will be played for young and old in theaters throughout the Netherlands. 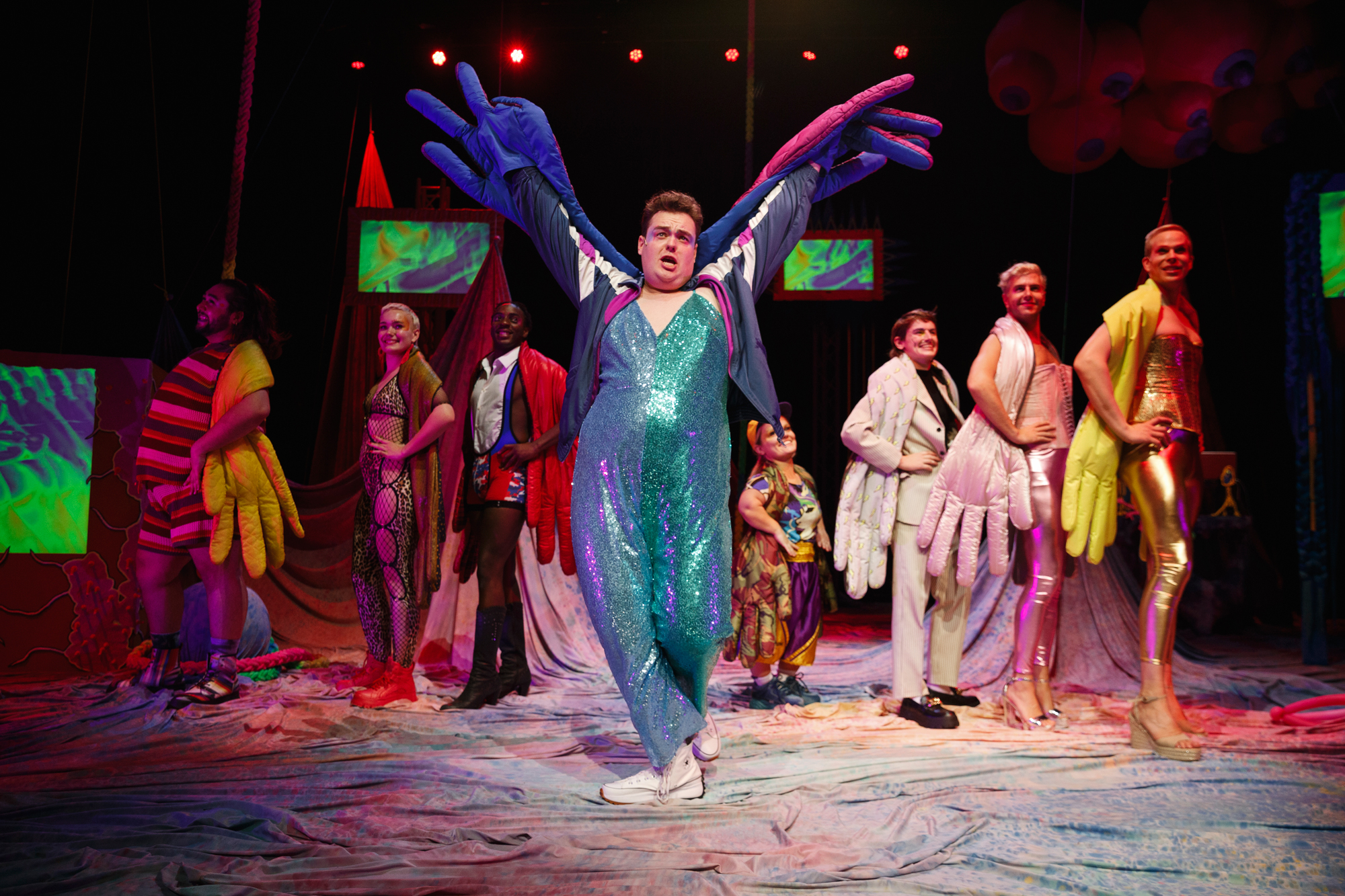 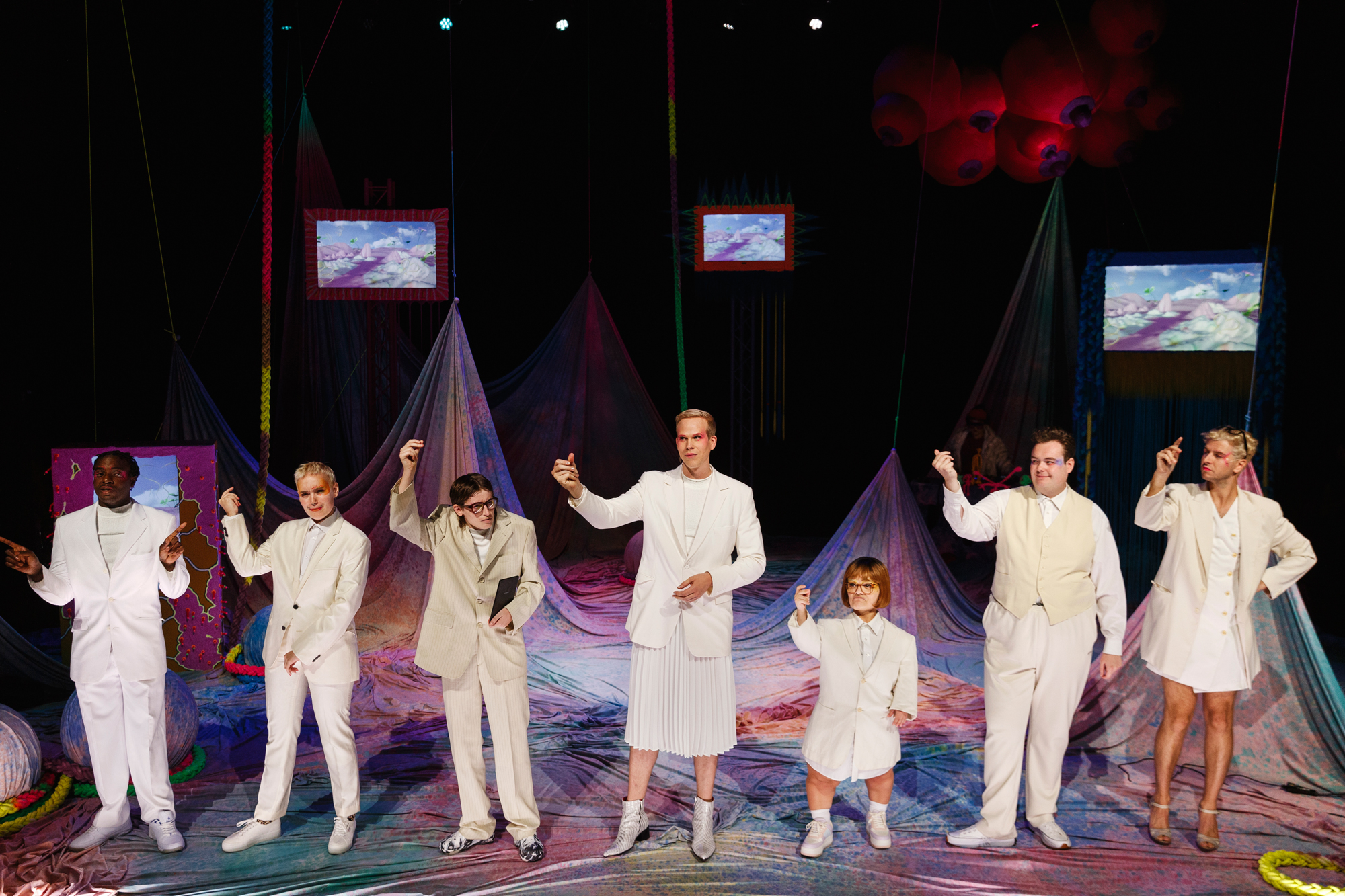 "It's incredibly cool to work with this cast. Right from the beginning, we were a collaborative group. I quickly felt safe and secure with HNT because of that."

The performance is composed of short scenes, songs and improvisations. It is a montage performance with all kinds of characters and figures, which are connected by DJ Jasmine Perez. "She is also really fantastic. She constantly makes sure there's an up-tempo mega-party going on."

Carly Everaert created the costumes. She won an award at the theater festival. "I found it inspiring to work with her. This show contains such good and crazy costumes". The décor is provided by Sacha Zwiers: she creates a landscape that comes to life. "In that area alone, Queer Planet is a playground. I've never worked with anyone who was claying during the rehearsal process, it's so cool to see the scenery come to life during the process."

"During the making, I never felt like an intern. We all made this together. I get incredibly inspired by all the people who participate in this.” 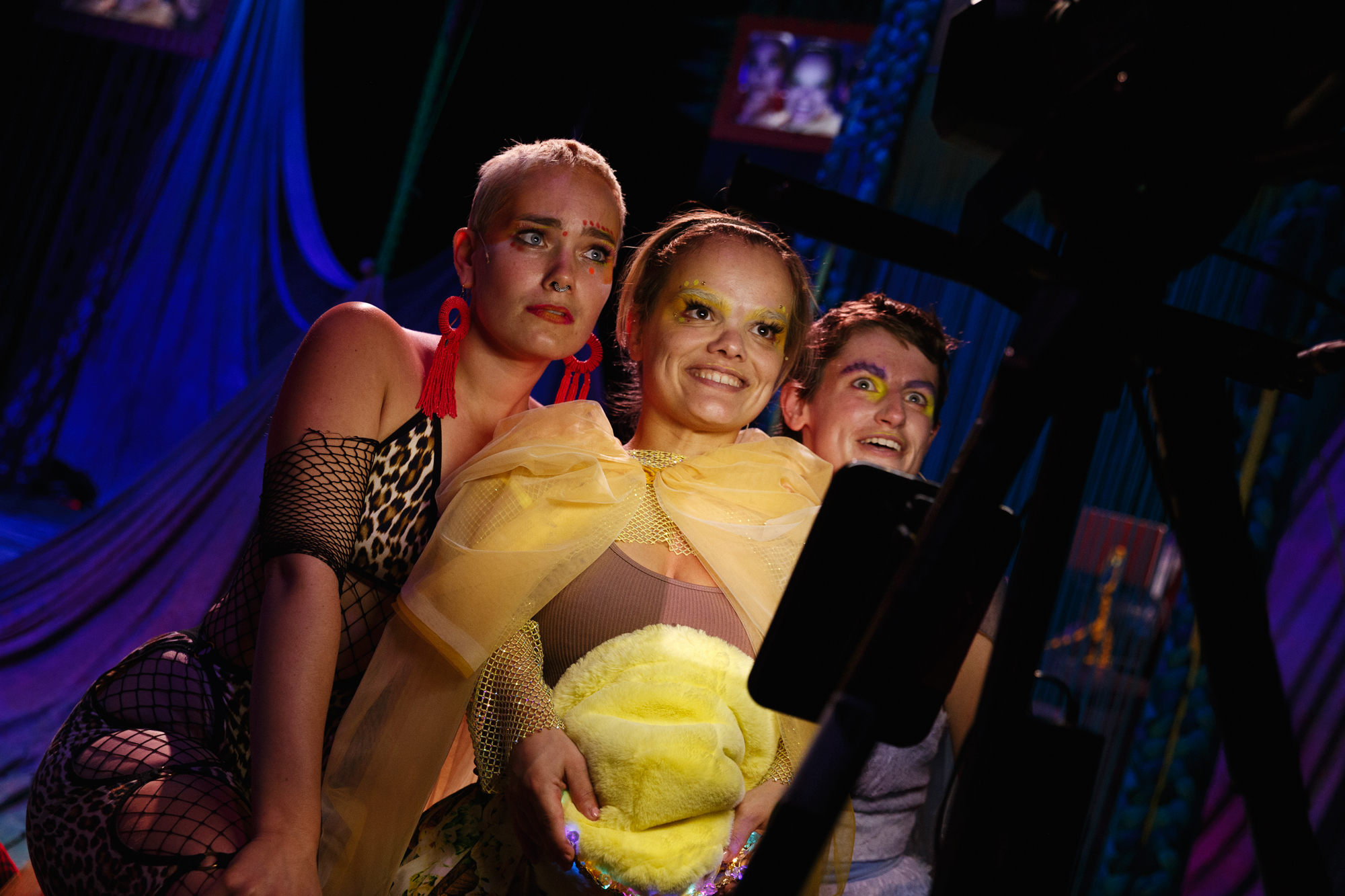 Behind the scenes: the birth of personas

"We were given a drag mothering course by Taka Taka (ed.: a drag queen who makes drag according to her own rules). Somehow this type of drag felt like mask theater to me, in the sense that you create creatures and personas are born. That was very cool to experience."

Furthermore, there is an education team behind this performance, as Queer Planet is an HNT Youth Performance. "That means we are also playing for high school students. The education team organizes workshops in classes in preparation for the performance. When we play for those young students, you sense a lot is happening, but it all happens in here”, Fabiënne says while pointing her hand toward her heart. "You see the personal struggle with the subject. Some people react passively and can't deal with it, others totally lit up and feel represented and heard. The fact that we can accomplish that, is beautiful in my opinion."

"It's important for everyone, including young people, to know that being queer is not suffering. You are allowed to be who you are. You don't have to feel guilty about that. It is allowed to be celebrated."

"In short: I found out that there are so many more people than the cast working on it. I think HNT is a super nice place to get an internship and discover things."

You should see this

The show has premiered and Fabiënne is on her first ever tour. She is playing Queer Planet with her beloved co-stars no less than 48 times.

From school to the work field

Fabiënne is almost graduating from the School of Acting, where she has already gained a lot of experience both inside and outside school: "We played outside the walls of ArtEZ, during the Oostpool project: we played Macbeth in March and April. It was nice to have already done that before I got into my internship."

Besides her experience, Fabiënne is also happy with the guidance she receives from ArtEZ: "I have a lot of points of contact at ArtEZ and there are plenty of people I can turn to. In the fourth year you also get a mentor, in my case Mariana Aparicio Torres. She is in the permanent ensemble of HNT and is also a School of Acting alumna."

Discover more about the School of Acting in Arnhem