Ting Yang’s journey to the ArtEZ Master of Interior Architecture Corpo-real is one with a few twists along the way. Originally from China, the blueprint for Ting’s career changed quite a lot after she moved to the Netherlands. She first came to the country as a law student at Maastricht University. After earning her degree in law, she worked for a while as a paralegal, but something felt missing in her life.

Ting: “I felt like I wanted to try something new and challenge myself. Interior architecture is a subject I’ve been interested in for a long time, and is also something I really like.” Her interest first led her to ArtEZ through the pre-Master in Interior Architecture, after which she applied for the Master of Interior Architecture in Corpo-real. During the pre-Master, Ting saw there was potential for herself, and that something good would happen if she kept going further with this. Ting: “I'm very appreciative that the programme accepted me and gave me a chance to go further with my passion.”

Ting has thrived with the individualized approach ArtEZ offers and has benefited especially from the small class size. “In the beginning, I was not very confident, and it was quite stressful”, Ting remembers. “I learned a lot from my fellow students since they had more experience in the field than I did. The head of our programme, Ingrid van Zanten, encouraged me to see my unique strengths. She showed me how my unconventional background – in law and as a paralegal- allows me to stay open to new ideas and not fall back onto a traditional approach to design.” 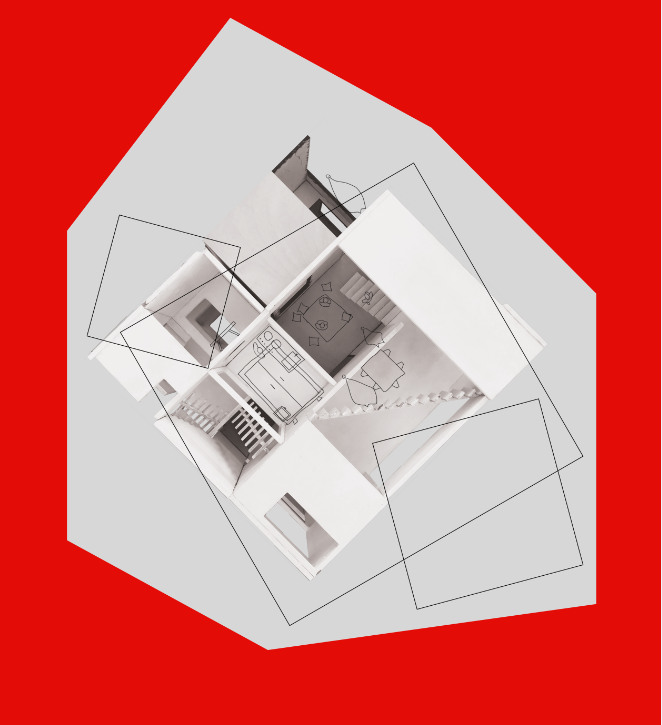 A snap shot of In a Grove, Ting's gradutions project

Improving life, one step at a time

During her study, one of her favorite projects was part of the programme’s practice track, one of four tracks that also include theory and case studies. She was particularly inspired by a project where she visited an elderly care facility. Her task was to improve the livability and design of the space there in any way she saw an opportunity for improvement. She came up with the idea of installing ramps in strategic places to make the space work better for its residents. In turn this also helps them relate more positively and deeply to the space they interact with on a daily basis, one which protects them and keeps them safe.

The concept Ting Yang created to make life for the residents of the elderly care facility easier.

As for Ting's work, in her eyes, it is a mix of both art and science. Ting: “In what we do, it’s more like you interrupt normal life. We don’t make inventions, we make interruptions. We learn from art, but in my opinion, I don’t think we are simply creating art. We are designing new relationships with people to space, but also trying to learn practical lessons from different domains and experiment. In the end, what I do is make spaces work for people, whether that is in a fun or practical way.”

In what we do, it’s more like you interrupt normal life. We don’t make inventions, we make interruptions.

Ting’s final centers around the question: “Can you realize different ways and perspectives of living in the same house?” She took inspiration from her interest in narrative and storytelling. She was captivated by Ryūnosuke Akutagawa’s detective short story, In A Grove, and kept wondering, how would architecture be different if we apply structures from literature to it?

Video of Ting Yang's finals: "From a Novel to a House"

Her final project became a mock-up and installation of a house with multiple perspectives. The base narrative structure of In A Grove is seven chapters, each of which contains a monologue from one character that is unrelated and functions independently from the other characters. The ‘main’ truth remains unclear to the reader.

Ting’s design tells the ‘story’ of a house through two perspectives, through the lens of a writer and through that of an architect. In one of them, the architect’s, two inhabitants in the house meet each other and share the space; in the other, the writer’s, they do not. The house can be turned 90° (vertical-horizontal) to realize these two different perspectives. From one perspective to the other, Ting as the creator can reshape the inhabitants’ life and experience of the house.

The mockup of the house can be found here.

As for the future, Ting says, “I want to keep exploring and designing! Architecture is a template with multiple perspectives, and I see endless possibilities there.”

About the Master Interior Architecture (Corpo-real)