During music classes, language is not an issue

She is a German teacher, a conductor of two choirs and is currently following the course Tailor-Made Music in Education. Roxine Engelbarts is enthusiastic about all her activities, but her eyes truly light up when she starts talking about her practical research.

"I'm doing the practical part of my graduation research with the International Transition Class of the Stedelijk Lyceum grammar school in Enschede. That means secondary education for children from a wide range of cultures. Language is often their greatest obstacle, but that's not a problem during a music class. Language is not an issue when you're playing music together."

Music as part of culture

Part of the research is writing a thesis. Roxine is writing hers together with her sister, who like her, is studying Music in Education. Roxine: "It is in our blood. We grew up in a music school, with musicians as parents.". Roxine’s part of the thesis consists of a recommendation for the school on how to make music classes a regular part of the transition class. Roxine: “Without it becoming performance-led education. In other words, without grades and difficult music theory. Above all, the children need to be occupied. Currently, music is not a standard part of the curriculum for the transition class. Whereas music is often a big part of these children’s cultures. Our pupils range from 12 to 18 years old. Most of them come from Syria, Iraq, Iran, Afghanistan, and Eritrea, and many of them are refugees.".

Roxine is no stranger to the transition class. She has been teaching them German for the past academic year. On the first day of her music internship, Roxine had a surprise for her pupils: "At the start of the German lesson, I said: ‘Put your books back in your bags, we're going to make music!’ We played the djembe. Pupils whose attention I had noticed wandering in the past I now saw beaming. Some of them stayed behind after class especially to thank me. One pupil from Georgia enthusiastically showed me a similar percussion instrument from his homeland on his laptop. That kind of thing energises you. It's a real kick to give classes that make pupils happy." 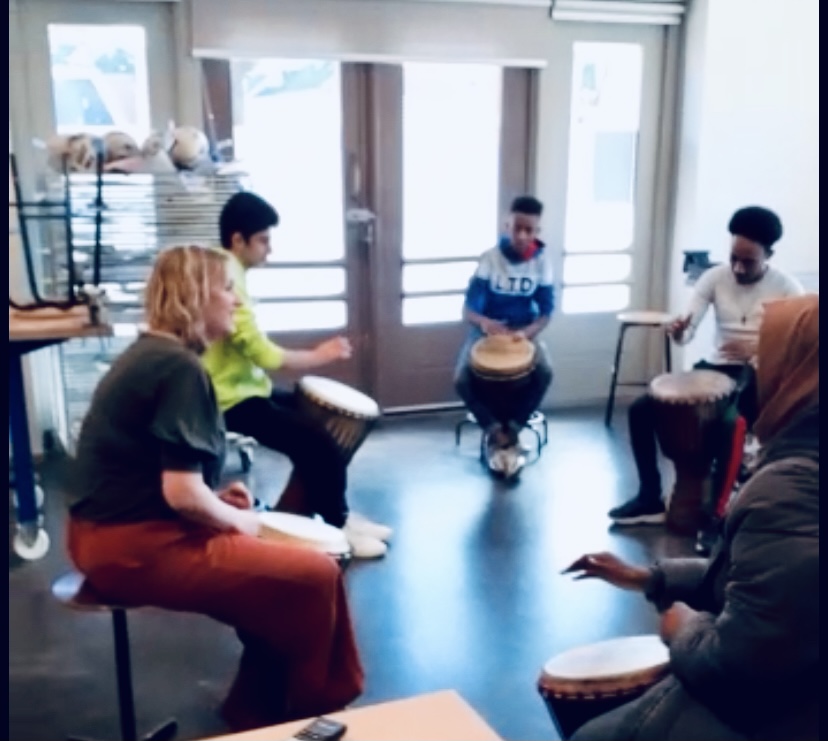 Up to the pupil

As a German teacher, Roxine is used to standing in front of a class. Before teaching the transition class, she taught in regular secondary education for years. Nevertheless, her internships for the Music in Education course are yielding new experiences. "Making music with adolescents, for example. How do you get them all standing up playing the marimba? I conduct two choirs and the members of those choirs come there of their own free will. Now I'm also dealing with pupils who don't want to make music at all. You first have to stir their enthusiasm. I learned the trick for doing that on this course." Laughing: "I have to say it’s something I'm very bad at talking less. In other words: "Here's your instrument, here's the sheet music, 1, 2, 3, off you go." As a German teacher, I had to do a lot of explaining, it was up to me. During music classes, it's up to the pupil."

Roxine believes that teaching music is a discipline in itself: “I understand how children learn, I've had that drilled into me from reading book after book. But how can I make sure thirty marimbas don't sound like three hundred marimbas? That's a different story. Plus pupils walk into the music room very differently from the way they walk into the German classroom. Music classes feel less heavy, much less predictable. You also have more freedom in a practical class like music. As a teacher, but also as a pupil." That's also where the challenge lies - how do you structure a subject that is so free? Roxine: "I was curious about that before I started the music internships. Those internships gave me new feedback on my music teaching practice and theory, after all those years of teaching, which is really great. I’ve built up a huge wealth of knowledge and experience as a German teacher and with my music activities, but I need to be able to verify that knowledge somehow. The course is a very valuable way of doing that, it’s not just about a piece of paper saying ‘first-degree teaching qualification’."

Alongside her busy teaching job, Roxine is the mother of three children. That didn’t hold her back from choosing to do another course: "I couldn't quite picture myself in a class full of 18-year-old girls, but that's not how it turned out anyway. My fellow students on the Tailor-Made course are at similar stages in their lives, which is nice. Plus, the course is very flexible. Your personal learning pathway comes first. You direct it yourself and they actively assist you. Tailor-Made really does mean tailor-made." 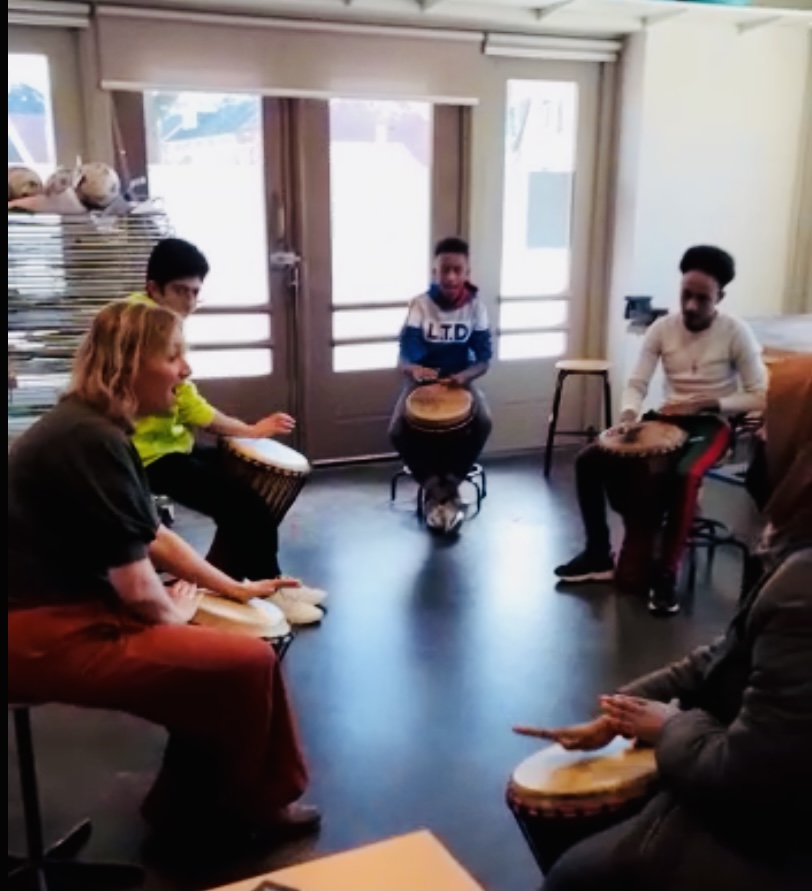