I am an artisteducator interested in the curation and cultivation of public spaces which nourish marginal communities by giving space for their stories to be narrated— the authentic stories which often are forgotten by official institutions and cultural outlets in their neatly packaged re-tellings. My aim is to show that our creative expression does not need to be reliant upon such traditional structures of knowledge, and to help people go outside of, or beyond, these structures, and see the potential in their own subjective vision. 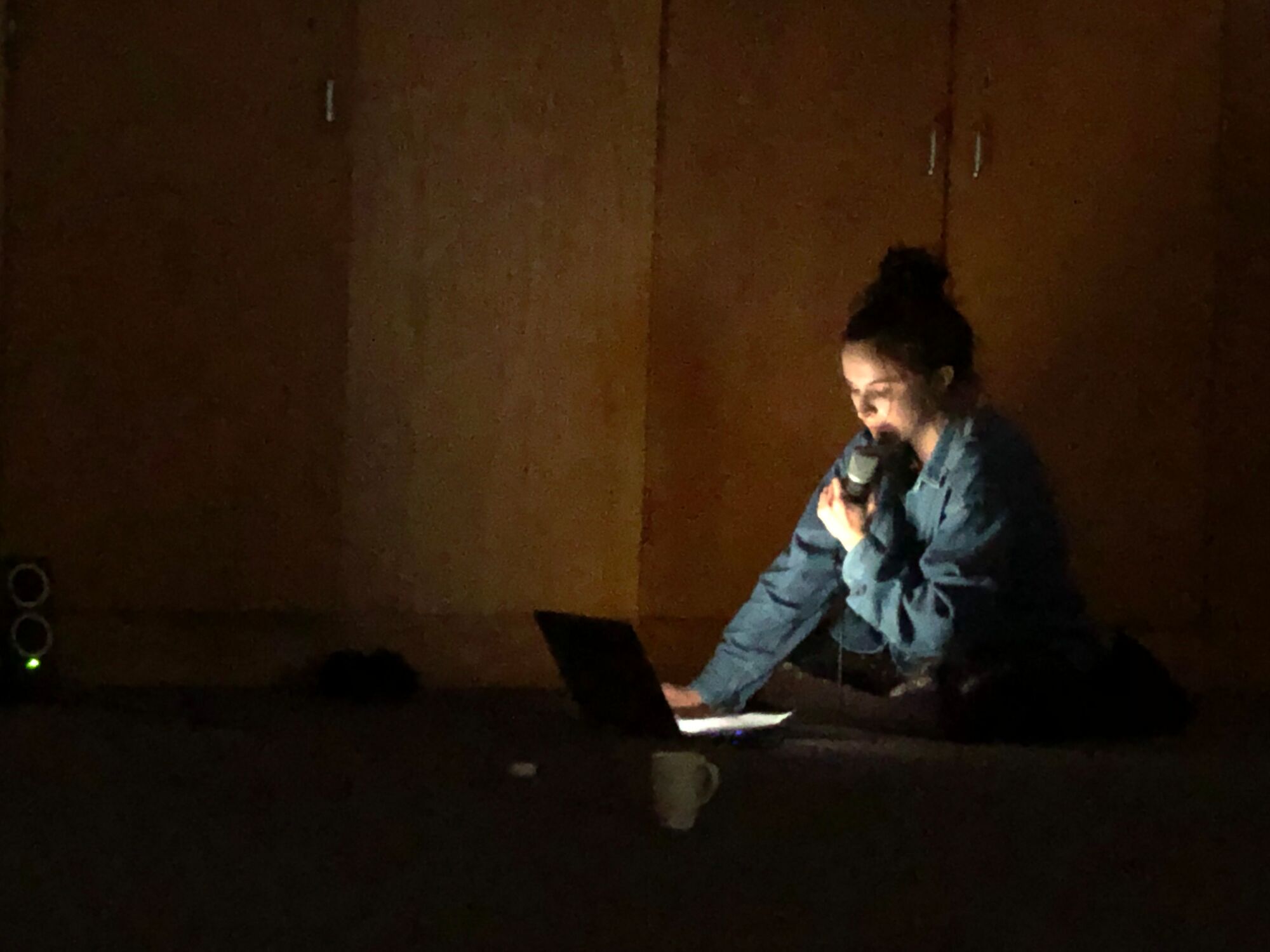 My identity in recent years has been tied up in the archetype of “nomad” or “wanderer,” in the sense that I find myself moving between distinct places and cultures, learning from diverse spheres of society. Through my nomadic journeys, I have had my identity shift and evolve through the connections I make. For the last decade, I’ve been involved in a number of communities, spanning across multiple countries. I started off in the academic world in New York City where I studied art history and worked as a music journalist and a news reporter.
However something else was calling me; I left my home behind and traveled to Peru where I ended up living for three years. During this time, I felt a new surge of creativity, impelled in part by the new exchanges taking place between myself and a vastly different social context. I began to see through my experience that the artistic process was intimately entwined with life itself, and thus the continuous process of deterritorialization, as coined by Gilles Deleuze and Felix Guattari. The deterritorialization initiated by my travels has become central to both my artistic practice and my philosophical outlook. 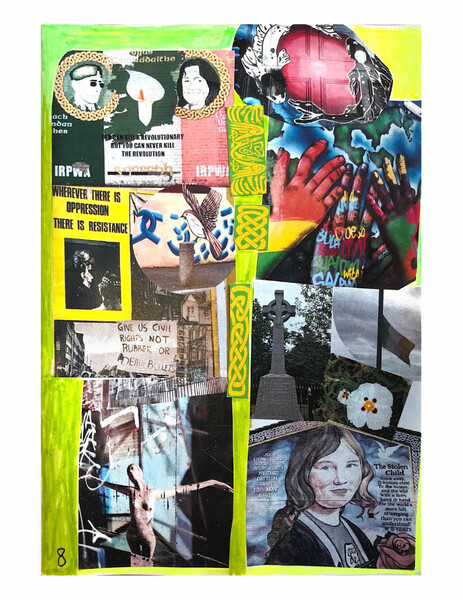 And now I have spent the last year taking part in the International Masters Artisteducator program at ArtEZ which has only enriched my understandings of myself and of others, especially through the program’s emphasis on gaining direct experience in the field. During our residence in Belfast, Northern Ireland, I explored the ability of curation to reflect the conflicted political past of the country; how the story of the “Troubles” is told both in seemingly-neutral places like art museums, as well more ideologically-driven community centers. As nomad, I weaved between various spaces and stories, paying attention to not only the words spoken but to aesthetic choices in the space and ambience, in order to see how curatorial decisions might either reinforce, break apart, or recreate existent narratives of conflict. This work was encapsulated in a handmade ‘zine of art, writing and interviews.

The focus of my present course as an artisteducator is that of actualizing the theoretical through conscious praxis. I see the relationship between theory and practice as a kind of lemniscate, with each side of the equation affecting the other continuously. This dynamic exchange between each side of a polarity is the crux of my position as an artisteducator. It is the quest to find the balance between ideal and material, theoretical and practical.
The more that I experience “foreign” cultures, the less I see myself in the role of “change maker,” and more as a facilitator of an exchange. As I see it, to embrace the fluid identity of the nomad archetype is to relinquish any need to behave as an authority who knows best. Taken to its extreme, an agent of change might push his/her view on another, with expectation that the “right” perspective is adopted. Not only is this not my style of making an impact, I don’t think it is an ethical or effective tactic either. If change is to be made, it has to occur organically, rather than as the product of an agenda— otherwise it is not sustainable in the longterm. 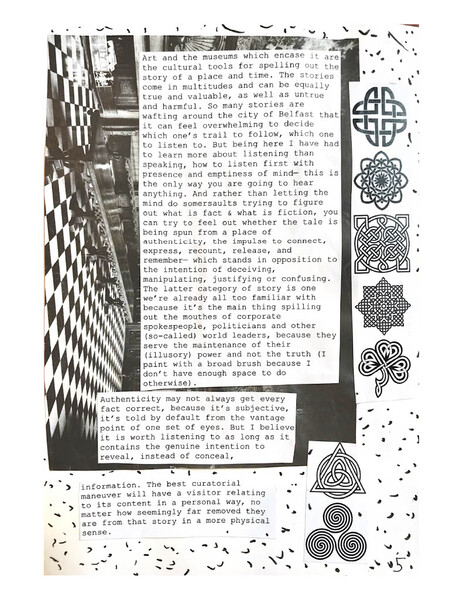 If I enter a conflict zone, with the idealized vision of helping people in a certain manner, I am perhaps letting my own identity and its set of signifiers dominate the space. My view of “relational aesthetics,” a term originated by Nicolas Bourriaud, is that one’s artwork and activism are always integrated with their social environment, rather than presiding over it. It also means there should be a sort of open-ended nature to one’s research questions when in the field.

My positioning as an artisteducator is also indebted to Taoist philosophy of the Tao te Ching, in its notion of letting the universal principle of “flow” act as one’s ultimate compass rather than a fixed idea. Where fixed principles take the place of flow, there arises the very ideological conflicts which artisteducators like myself are intending to alleviate. War persists when people take up the position of holding superior knowledge over another. Going with the flow— or put less poetically, interacting with others in an open and humble way— engenders understanding, and understanding is the route out of war.

My Youtube channel, Mystic Realness, dedicated to my own music and underground radio DJ sets.