'Theatre is a great way to help people'

They used to call him 'the little director' at home. Those were the beginnings of a life dominated by theatre. No wonder he studied Theatre in Education at ArtEZ in Zwolle. A discipline that suits him well. "When I heard about this course, I thought: this is the one for me!"

"My graduation project came about in an unusual way. ArtEZ received a request from a resident of an asylum seekers’ centre to do a performance of Hedwig and the Angry Inch. It’s a play about drag, among other things, and that really appealed to me. I started working on it with a good friend of mine who is studying at the Academy of Music. But once we got started, it turned out that the resident had already moved out of the centre.

We decided to continue at the asylum seekers’ centre anyway. We came up with themes and discussed them with the residents. They then improvised and wrote a piece and put it on. We took 'home' as the theme for the first performance. With three actors, it was a modest start but a good one. One of the actors was a Libyan woman. I asked her where she really felt at home. She said at the beach. So I put on sea sounds and asked her to improvise. It turned out to be a wonderful performance, the kind of theatre that really touches people.

I find this form of theatre very interesting. The social aspect really appeals to me. I've always been very socially minded. Even so, it was a surprise to me that I ended up here after four years. When I originally chose the course, I really did want to be a drama teacher. That changed. I would still like to be a teacher, but I see more opportunities in the social domain. Theatre is a great way to help people, to give them insights. It wouldn’t be true to say I'm more of a social worker than a teacher, because I always have an artistic goal in mind.

This is the one for me

Before I came to ArtEZ four years ago, I was not entirely clear on what I wanted to be. I did know I wanted to do something artistic. I had been to a secondary school specialising in theatre, but I didn't want to do the MBO Performance (secondary vocational) course or drama school. I didn’t want to be in the spotlight. I had just finished the MBO in Recreation & Tourism when I heard about the Theatre in Education course. This is the one for me, I thought.

Continuing at the asylum seekers’ centre

Now that I'm nearing graduation, I think it's time for me to start working. The best thing for me would be to get a place at the asylum seekers’ centre where I did my graduation project in order to extend the project. But if not, there are a number of other social theatre activities I could do within the theatre landscape. For example, I will be doing a project with the Travers Foundation, a social work organisation in Zwolle. We are going to be doing theatre workshops with young people in various neighbourhoods. That's an exciting prospect.

Dream for the future

In five years' time, I can still see myself doing theatre in the social arena – for example with my own theatre foundation, that’s one of the things I'd love to do. But I have to be honest: I'm also pretty fickle, so it's possible I'll be doing a different course or have different interests by then. I don't want to rule that out." 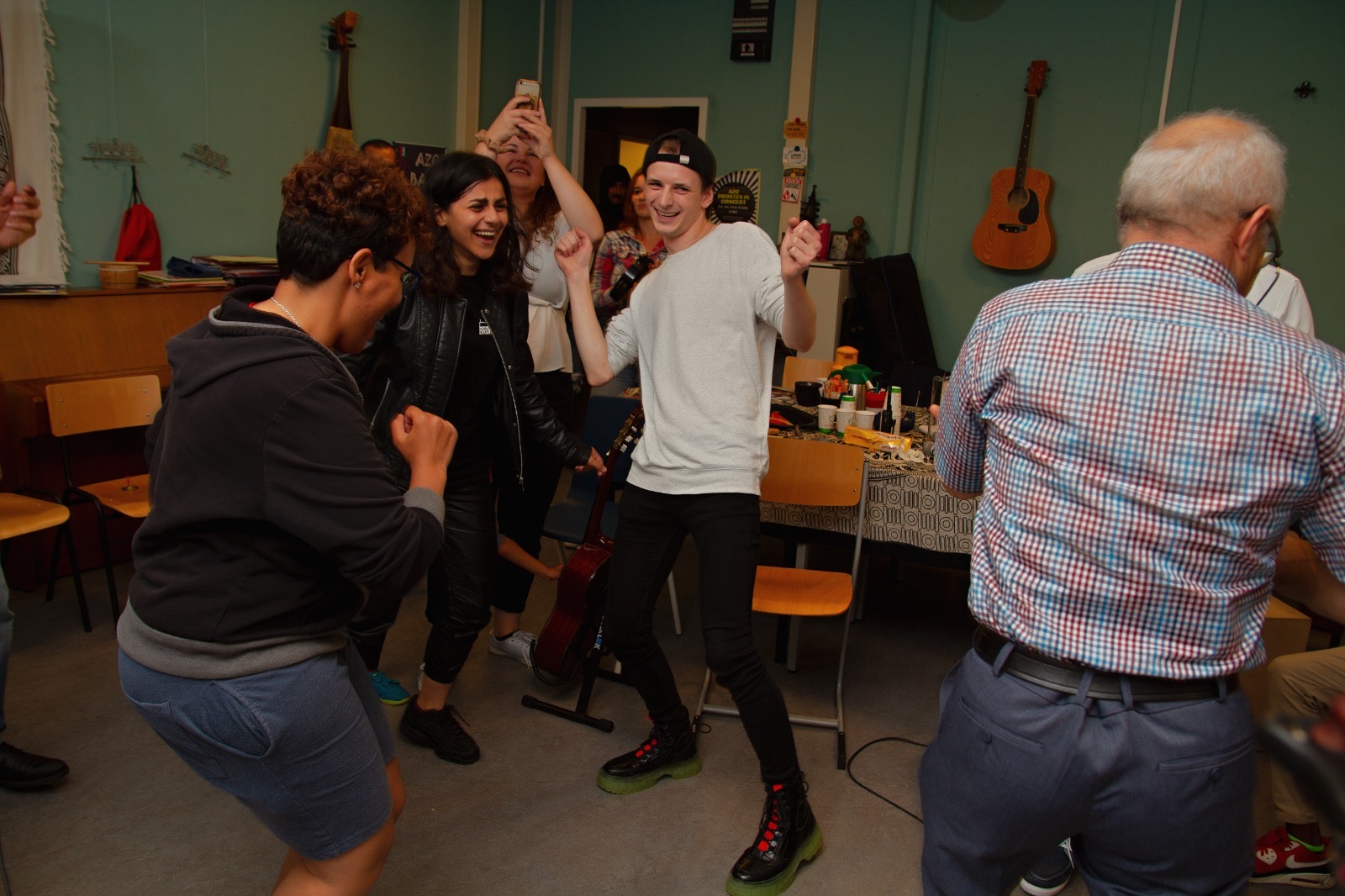